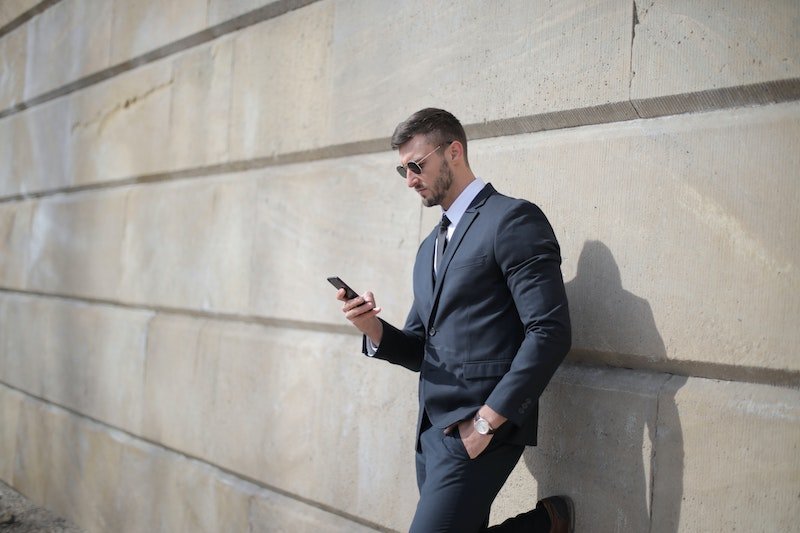 These guys make the top of the list because they, most often than not, have problems committing to a sexual relationship. They would rather have a couple of flings around, avoiding anything that looks like love.

It is often quite needless to try and woo a playboy into committing to you. Your best shot is to avoid him for a while—this is if you have already caught feelings for him—until the feelings you have for him die away. Then, you move on to a guy that does not love to stay single for too long.

2. Guys Who Have Crippling Anxiety

Anxiety can be much of an issue sometimes. I have been there before, and I can tell you that anxiety makes us avoid anything that seems like a threat.

For many guys who have anxiety, a committed relationship is not the peace people think it is. It is rather too much work. So, it was altogether avoided.

These guys are usually clear about it. They don’t want a relationship, and that is it. It is best you let them be instead of trying to convince them that they aren’t in the face of any threats.

They usually open up to the idea of a committed relationship on their own—usually long after the anxiety is gone.

3. Guys Who Have Trust Issues

Some guys don’t have anxiety but do have some unhealthy issues with trust. These guys usually fall under two categories: guys who have been cheated on in the past and guys who have had issues trusting people since childhood.

Both guys usually show no interest in relationships. They are the guys who stay single. The reason is simple: relationships seem like work, and they can be to them. They seem like fertile soil where their anxiety can bloom.

Avoiding guys who have trust issues is the best call you can make. Trying to cajole them into committing to you, more often than not, is going to backfire. Because, most likely, the trust issue itself will mess the relationship up.

4. Guys Who are in their Alone Phase

Guys usually describe having an ‘alone’ phase. Jake told us: “I don’t know why myself, but I have seen this in my friends and me. Sometimes, I just want to be alone for no reason. I don’t want love and anything that has to do with it.”

Guys in this phase are usually the ones who are a bit older. Say, guys in their early, or late 30’s who have had quite the experience with love and friendships and want to let things be for a while.

5. Guys Who Have Just Moved Into a Country or Town

Because they, like normal guys, may love relationships and female friendships. They may let things progress normally until when it is time to pop the question. Then, the disappointment comes: “Hey, I really love you, but I just moved into this area, and I am trying to stay single for a while.”

Often, their reason is genuine: they are trying to observe the dating pool before jumping right into it.

The truth is: some guys are quite meticulous and follow through with their plans stringently. One such guy was my friend in college. He would say: “I am going to do this between 4 – 5 years, after which I will do so and so.”

He never failed to stick to his plans.

When such a guy decides he won’t be in a relationship for a while because he has to focus on his dreams, he means it just the way he has said it.

Often, the best thing to do is let such a guy be. Even though he may eventually be open to the idea of a relationship, it is usually not worth the try.

Some guys, for many possible reasons, travel a lot. One week, they are in your city, and the next, they are so far away.

These guys often like to stay away from relationships because they cannot deal with the distance. Too few people can handle the distance barrier and so rather just back away all together when it seems like distance is going to be an issue.

8. Guys Who Are Celibate

Celibacy is gradually becoming common practice. There are people who believe that being celibate can help a person become more self-aware and more focused and even help improve their self-esteem. This may be true for some, and so they turn to celibacy.

Guys who are celibate are going to stay single for sure. The reason is simple: they do not want to break their vows. Note that guys can also be celibate as a result of religious vows or because they are trying to deal with sexual addiction. The reasons are endless.

Read: 15 Types of Guys Who Will Ruin Your Life

9. Guys Who are Very Religious

Some guys are quite devoted to their beliefs. And since many religions encourage celibacy rather than relationships, they tend to remain single for a while.

The good thing about these guys is that they are usually open about things from the start: they will seldom lead you on and leave you hanging at the start.

I had a Christian friend who would always say: “Hey, I am beginning to like you, but I want you to know that things may not go further than just a platonic friendship.”

That way, every woman who came into his life knew from the very start what she was in for.

10. Guys Who have Just Resumed a New Career

Guys, at least the many I know, are usually quite obsessed with career growth. They want to rise to the highest ranks in their career before even thinking about a relationship.

It is easy to tell why this happens: such guys think a relationship will be a distraction to them and their goals. So they avoid it.

Often, as soon as they achieve their career goals, they begin to seek out relationships. Fair, isn’t it? We think so.

11. Guys Who are in Active Service

Guys who enter active military service single usually stay single for a while. The reason is simple: they have to focus on the military for a while before getting distracted.

Long gone are the days when military guys left their lovers at a faraway home during active service. Now, they pretty much want to be involved in everything. They want to be there during birthdays when the first child comes when every big thing happens.

Guys in active service usually reconsider relationships after a couple of years. And I hear they make the best lovers.

12. Guys Who Are Still Confused About Their Sexuality

Some guys have a bit of an issue figuring out their sexuality. They don’t know if they are gay or bisexual, or straight yet. So, they tend to avoid relationships for a while until they find out what their sexuality really is.

It is not uncommon for gay guys to get into relationships with women. These guys do not love these relationships. And so consider it best to be away.

Check out these ten ways to know if your boyfriend is gay.

There is a lot of workload in college, especially in medical school. So it is not news that quite a lot of medical students like to stay single until they are done.

They consider relationships undue stress and an added workload.

Don’t confuse staying single with the unwillingness to flirt, though. Guys in college will most often be flirts. But commitment, at least to one person, is usually where the line is drawn. College guys will very often flirt with and hook up with women.

Check out this article to find out if he is only trying to hook up with you.

Some guys stay single because they are chasing financial security. Relationships, at least maintaining them, costs money—and where there is none, there is likely to be some hassle.

These guys often go on to seek relationships out after they have attained that level of financial security they crave.

15. Guys Who Want to Make the Most of Their Singleness

Staying single comes with its benefits, and some guys have cracked the code. A single guy often has more time and greater personal freedom than someone married.

As we have seen, many guys often choose to stay single for different reasons, but the most common include focus and emotional stability. 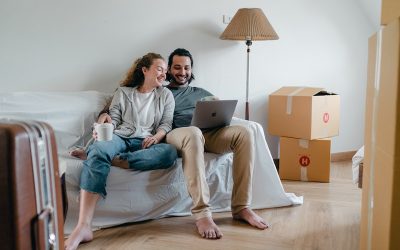 Important Things to Talk About in a New Relationship

Starting a new relationship can be exciting and full of hope for great things to come. Your new affair needs to have a solid foundation, which is why you need to talk about some important things. Make a list of things you will tell your partner about yourself. Let...