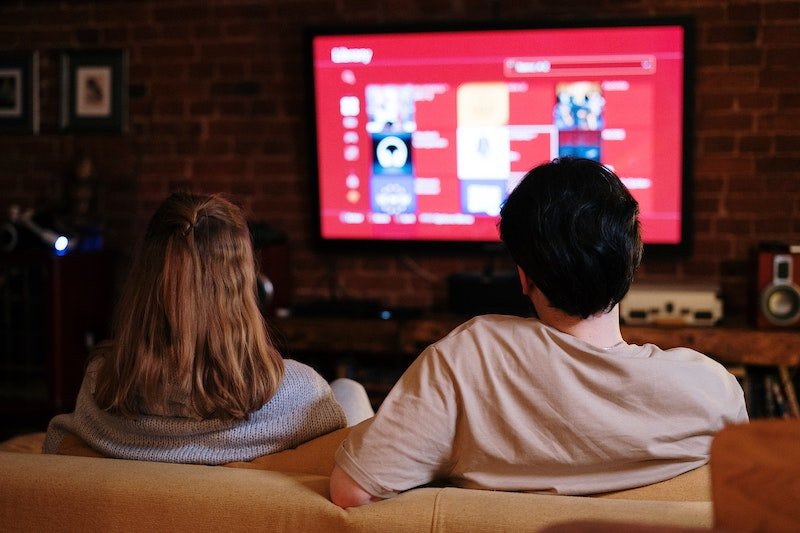 Are you looking for a way out of boredom? Let’s give you some great TV series options to keep you busy. I have compiled a great list of TV series to keep you on the edge of your seat. Probably you may have watched some of them, or maybe a couple of them.

Check out the ones you have not seen, and you will never get bored watching them. It will be worth your time and effort. Here are 10 Must-Watch TV Series.

Search no more if you like suspense and have never watched Breaking Bad. The TV series is about a high school chemistry teacher diagnosed with inoperable lung cancer.

He then turns to manufacturing and selling methamphetamine in order to secure his family’s future for fear he may die soon. There are some interesting stars in this series, stars you will love to watch.

The characters are remarkable and fascinating. Some of the main stars in Breaking Bad are Bryan Cranston, Aaron Paul, and Anna Gunn. It was created by Vince Gilligan.

Breaking bad is arguably one of the greatest TV series of all time. This film has all it takes—so much fun to watch.

2: Queen of the South

This is another interesting series that will keep you on the edge of your seat, and you are definitely going to love it, absolutely full of suspense.

Queen of the South TV series is about a girl called Teresa. She flees Mexico after her drug dealer boyfriend is murdered. She later settled in Dallas and has the ambition to become the country’s reigning drug smuggler and avenge her boyfriend’s murder.

The main stars are Alice Braga, Veronica Falcon, and Peter Gadiot. Created by M.A. Fortin and Joshua Miller. The storyline and acting are absolutely fantastic.

The series is full of wonderful characters. You will love them. If you have not watched it, then you should probably start now.

The Night Of is an American mini-drama series. If you like suspense and unexpected plot twists, then it is your type of mini-series beyond any doubt—also, another audience pleaser. You wouldn’t want to miss one bit of the suspense. It was built up in a way to reach a climax.

The mini-series is about a guy who picked up a woman and partied with her during the night. He wakes up to find her stabbed to death, and he is charged with her murder.

The main stars are Riz Ahmed, John Turturro, and Bill Camp. Created by Richard Price and Steven Zaillian. This series is thrilling and amazing. It is a real hit. Give it a go if you have not already done that.

This is certainly your kind of series if you love adventures and history. It is a truly remarkable piece of filmmaking.

The series is based on the exciting and epic world of the Vikings. It transports us to the brutal and mysterious world of Ragnar Lothbrok, a Viking warrior and farmer. He yearns to explore and raid the distant shores across the oceans.

This film is appealing and fascinating—absolutely exceptional performers by the actors. Some of the main characters are Gustaf Skarsgard, Katheryn Winnick, and Alexander Ludwig. It was created by Michael Hirst. The series is still in production.

If you like complex stories, unexpected plot twists and you want to arouse your curiosity, The Leftovers is unquestionably your kind of series. The series is based on a sudden departure.

Three years after the disappearance of two percent of the global population, a group of people in a small New York community try to continue their lives while coping with the tragedy of the unexplained nature of the event.

Full of mystery and suspense. The main characters are Justin Theroux, Amy Brenneman, and Christopher Eccleston. Damon Lindelof and Tom Perrotta created it. This TV series is a must-watch.

If you love drug cartel films and want to get a little bit emotional, the Narcos series is what you need. Season 1 and 2 were based on the criminal exploits of Colombian drug lord Pablo Escobar.

He became a billionaire through the production and distribution of cocaine. The series evokes feelings, shows a character’s emotion, and the film is close to reality.

The follow-up series is based on many other drug kingpins who plagued the country through the years. The main characters of season one are Pedro Pascal, Wagner Moura, and Boyd Holbrook.

Created by Carlo Bernard, Chris Brancato, and Doug Miro. Narco shows you the story from different angles, from the drug lord’s eyes and the anti-drug people’s eyes. It’s a must-watch series.

For those who love clandestine spy and covert films, Legends is certainly your kind of film. And it is also complicated.

The series is based on a deep-cover operative named Martin Odum, who has an uncanny or mysterious ability to transform himself into a different person for each job he is given.

But then, his own identity comes into question when a mysterious stranger indicates that Martin is not who he thinks he is.

The main characters are Sean bean, Morris Chestnut, and Ali Larter. And it was created by Howard Gordon. I love this series, and I never get tired of watching it.

It will take you into the world of espionage, underground activities within different spy agencies. Exciting and captivating to the core.

If you have watched Breaking Bad and you like it, you will probably love Better Call Saul. It is a spin-off prequel of Gilligan’s prior series Breaking Bad.

The series is based on the trials and tribulations of a criminal lawyer, Jimmy McGill, leading up to establishing his strip-mall law office in Albuquerque, New Mexico.

He is a small-time attorney hustling to make a name for himself. And there is also Mike Ehrmantraut, a former Philadelphia cop. He has a specialized skill set: a fixer of sticky situations.

The main characters are Bob Odenkirk, Rhea Seehorn, and Jonathan Banks. It was created by Vince Gilligan and Peter Gould. It is entertaining and exciting to watch. If you have not watched it. Then give it a go.

This is the best martial art series you could find in recent times. If you like real fighting kickass films, then Into the Badlands is your best bet.

The story is about a warrior and a young boy who journey through a dangerous and ruthless territory controlled by feudal barons. They were in search of enlightenment.

The series features some appealing and fascinating characters. Some of the main stars are Daniel Wu, Orla Brady, and Emily Beecham.

Alfred Gough and Miles Millar created it. Too bad the series has ended. The fans would like it more because it was so interesting and so captivating.

Tom Clancy’s Jack Ryan is another intriguing series and a must-watch for series lovers. Jack Ryan is the main character in a series of books by Tom Clancy.

Now featured on the big screen. The series is based on an up-and-coming CIA analyst Jack Ryan.

He is given a dangerous field assignment as he unearths a pattern in terrorist communication that eventually launches him into the center of a risky gambit.

He later found out that the problem was much worse than it seemed.

Created by Carlton Cuse and Graham Roland. The series is full of suspense, and the storyline is fantastic. Give it a go; you will enjoy it.

Photo by cottonbro from Pexels 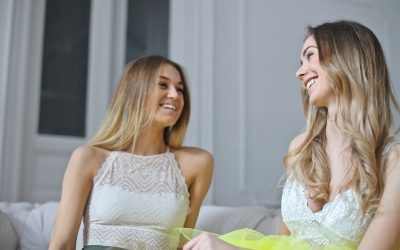 15 Things Women Do But Will Never Admit

Ever wondered what women do and will never admit? Getting into a woman’s mind, and finding ways to understand how it works, is vital when trying to keep her attraction. Below are the 15 most secret things women do but will never admit. 1. Women Wish You Try Again This... 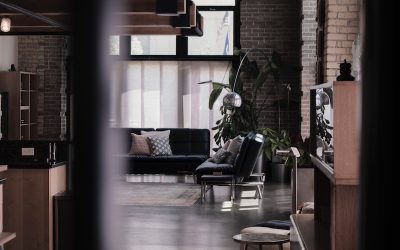 10 Ways to Keep Your House Cool (Without Air Conditioning)

We usually try to keep as much heat as required in during the winter. But when the hotter season of the year comes, the best we can do is keep the heat out to make our house cool, as excessive heat has been associated with irritability, heat strokes, and sometimes... 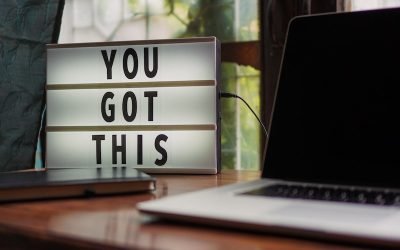 How to Stay Motivated Every Day When You wake Up

Living and going on to achieve your dreams requires a lot of motivation. And staying motivated is an active process. You have to find ways to motivate yourself every day when you wake up, shrug the past failures off, and go into the morning ready to face everything... 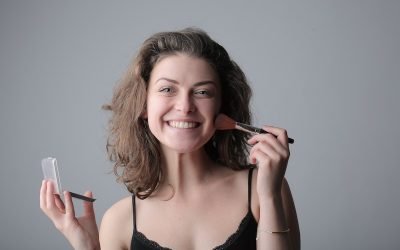 How to Be Pretty: 10 Tips on Becoming Prettier

What if I told you that you can feel and become much prettier than you are right now? Yes, your jaw will drop, and the question will pop: “How?” This article shows you how to become prettier.  1. You Decide What Pretty Is We understand that society has its idea of... 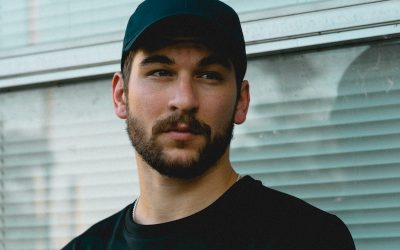 With many women, it is almost impossible to really understand men and what men want. This is because, essentially, men and women are wired differently. The masculine and the feminine are on different ends of the line, though strongly attracted to each other. In this... 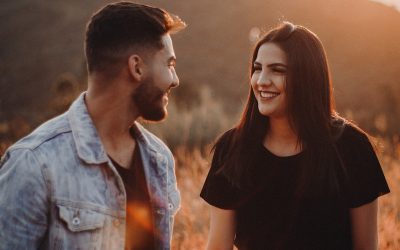 15 Things to Talk to A Guy About

There are exciting things you can talk to a guy about that can potentially improve your relationship with him and stimulate his interest in you. Such things have the power to capture his attention and make him invest his time in you. It takes good skill to keep a good...