11 Things to Consider Before Getting Married and Settling Down 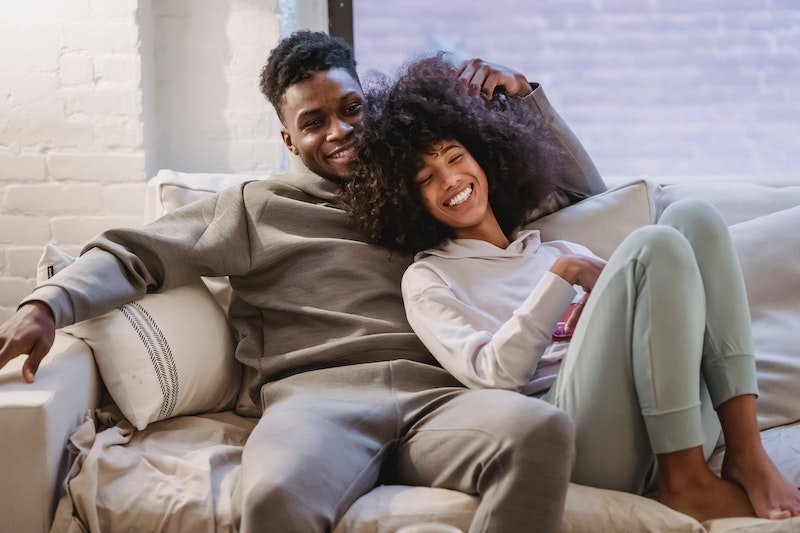 Thinking about getting married? Well, just as before building a house, you require careful preparation. The same thing also applies to getting married and settling down with someone. There are a number of things you should consider, such as having financial security, being mentally prepared, effective communication, and sexual compatibility before getting married.

Getting married can change your life, so why don’t you make time to live in the moment before finally settling down? We take a look at eleven things you should do before taking that huge step and settling down.

Here are the things you should consider BEFORE you marry.

Finances are a big deal. In most families around the world, a higher percentage of issues that are likely to lead to divorces are caused by financial instability.

Men often report feeling low and unworthy of love when they hit a low financial point. This feeling of unworthiness has an effect on changing their behavior and, eventually, their self-esteem.

There is often resentment and some difficulty expressing what they really feel.

The primary aim of having financial security is not to have extreme generational wealth that can buy the Taj Mahal; it is, for starters, to have a steady source of income that would keep a family comfortable.

King Solomon says that money provides defense. This is true. Money will defend you and your family when you want it to.

Marriage can be strenuous and difficult, especially when you do not take dating so seriously.

It is, after all, a union formed by two adults. Two different people from different families would have varying belief systems because they were raised differently.

Before getting married, you should consider being mentally sound and mature so as to accommodate another person’s excesses. There would be times when you would have to back down, realizing that two wrongs cannot make a right.

Also, be firm enough to be your partner’s safe haven.

Ever heard the phrase: “Be strong for your wife?”

Yes. This is mostly what marriage is about—being strong for the other person. Learn to be mentally strong, such that even when things are so overwhelming, you do not back down.

Be so strong that your decision to see this through, for better or worse, remains uncompromised even in the face of harshness. (Read: 10 Places to Meet Men Who are Husband Material)

3. Love is not enough; Get values

Love is mostly a feeling. But it takes more than feelings to make marriages work out. The union could sail off on the ship of love, for starters, but the absence of sound values would end it as fast as possible. Values such as loyalty, integrity, empathy, and generosity would make the relationship a long-lasting one.

There is only so much a person can take. Even if two people are head over heels in love with each other, the absence of these qualities in a partner will make love grow cold. Imagine having an unempathetic partner. It would be hard to love this person the way you are supposed to.

One would eventually get tired of someone who doesn’t appreciate and acknowledge efforts or isn’t sensitive to feelings.

Another example is having someone who constantly lies for a partner. This results in zero trust. Trust is the foundation of any relationship. Your partner, for example, tells you they are at some social function with family, and all the while they are there, you think they are at some other place because sometimes they had once lied about their whereabouts and you had found out.

Imagine how unpleasant that is going to be.

In monogamous relationships, sexual exclusivity is a real thing. No one wants to have a partner who sleeps with one they know. “that’s my husband, Tom.” Silence… “really? That’s your husband? He looks familiar. I’m not sure. He looks like the guy I told you I had hooked up with at the bar last week.”

Consider the sexual compatibility between you and your mate. Sharing the same views on sex is supposed to be a criterion for getting married; every couple should be sexually compatible. The goal of sex is to leave both parties satisfied. No one person should have to feel cheated.

People have different sexual needs and preferences. The ability to merge the two needs into one is a big deal for couples or intending couples.

While some people may want a lot of sex, others may not, and vice versa. Having this kind of partner would be denying oneself of needed pleasure.

Couples should also be willing to study each other’s bodies and learn the proper ways to pleasure them. What might have worked for the previous lover may not work for the present one. (Read: 15 Signs He is Husband Material)

5. Feel Peace Before Going Ahead

The truth remains that you need just the right approval before you tie the knot.

If everyone you hold dear is resisting your decision to get married, it might put a strain on you if you go ahead and get married.

Listen to your family or friends. You know—anyone whose input in your life is considered very important.

Do they agree that you should get married?

Yes? Then it may be because they know you will be able to pull this off.

Do they negate your decision really bad?

Then it might be because they can tell you aren’t ready yet.

This is not to say that you should allow your friends and family to make decisions for you. Far from the point, this is to say that sometimes, even you may not know what you want.

You may think you are very ready for a task only to find out sooner or later that you aren’t.

Ineffective communication is a major killer of relationships and should, therefore, be considered. People who cannot communicate properly in any partnership are likely to fail at it.

Even if there is a mutual understanding of personalities that could make a marriage start off, when people are not able to communicate feelings properly, there would be problems.

A lot of things would be misunderstood. Things that may not be even enough to cause disagreements.

Most of the time you would spend would be with your partner. This means you have to communicate effectively to be comfortable with the person. (Read: 15 Signs She Is Wife Material)

7. Know What Other People Think About Your Partner

No, this is not seeking the permission of other people. Far from it, this is knowing what other people think of your partner before getting married so that it helps you look at your partner from an unbiased point of view.

What do people think about your partner? How do they treat others when you are not there with them?

If they treat people just right, you can go ahead and settle down with them. If they don’t, then maybe it is time to step back and ask yourself why you want this.

Why you want to get married and settle down is one of the questions you must ask yourself before the vows are said. Why? What do you believe a marriage can give you that you cannot give yourself?

And how will a marriage make your life better?

8. Deal With Your Addictions if you Have Got Any

Before getting married and settling down, I advise that you look for ways to deal with any addictions you might have.

Addictions are quite hard to deal with on your own. And with a partner, it can be hell.

If you have a drinking addiction, for example, getting married without dealing with that addiction is only inviting nagging.

This is because your partner is going to spend most of their time reminding you how bad your addiction is making the relationship. In response, you will feel deeply guilty and resentful towards them.

Resentment is not welcome in any relationship that is to stay healthy.

You have to especially deal with sexual addiction. I will talk about this more in the next paragraphs.

If you have validations problems, there is a huge chance that you might cheat on your partner after getting married.

This is most true about men.

Men who have issues with validation often agree to cheat on their partners because they feel as though bedding a good-looking woman makes them more attractive and appealing.

But does bedding someone who is not your spouse mean you are more attractive and appealing? Of course, it does not. It may, in fact, mess up the trust in your relationship.

People in relationships who cheat are likely to distrust their partners.

They may even project their cheating on others.

I have decided to talk about this last because it is very important. So important, I think it proper to talk about having a place here rather than talk about it under the umbrella of “financial security.”

The goal is to feel secure and undisturbed by taxes or mortgages for the first few months to years of your marriage.

Have your own place, and drive your own car if possible. In fact, have everything that can make life really pleasurable for you and your spouse. (Read: 10 Things to Know About Someone Before Dating Them)

Everyone feels jealous, even married people. Do not think that all your jealousy will die away the minute you get married. It won’t. So, you have got to fund ways to deal with jealousy.

It goes a long way to make love feel better and more secure.

Before you get married and settle down, be sure that you have everything it takes to feel secure.