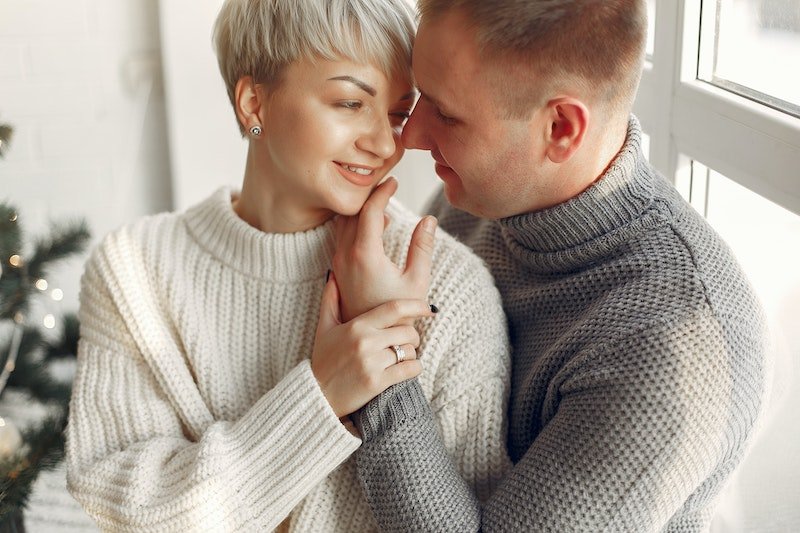 You may think to please a man in bed is the easiest thing in the world. It might be easy, but I assure you, it is not so easy. If you haven’t been doing these five things men want in bed, chances are, he has not exactly been enjoying it.

Although men may want to have sex most of the time, there is also room for timing. The sex has to happen at what I describe as the ‘perfect timing.’ That is, when he is not in a hurry to get over with it.

It should happen when he is calmed and relaxed and willing to reach into depths of intimacy.

2. Men Want You to Tease Them in Bed

Men, you see, are more visual than women. They are easily sexually appealed by what they see—if they see something perfect, it arouses them. In this one thing, almost every man is the same as the other one.

Your man wants you to become the perfect thing he sees just before he sleeps with you. He wants you to tease him in bed too. Teasing is a way to build strong sexual tension. It is something like giving and taking at the same time.

People are more attracted to something that keeps coming and leaving.

Not only women love foreplay. I am telling you, even though many men say otherwise, a large number of men love foreplay because foreplay builds intimacy in bed—it prepares the room for the amazing sex that will happen sooner or later.

Few, I am telling you: quite a few.

4. Men Want you to Participate

In the past, perhaps, men were fine with being the only ones doing the action. But I tell you what: these days, men want women to be very involved during sex.

They want you also to participate. On Twitter a couple of years ago, there was a meme flying around called ‘log of wood. With this meme, a couple of men mocked women for being logs of wood, refusing to participate during sex, and only laying down there.

Be involved in the sex. Be very involved.

5. Men Want Women to Observe and Explore in Bed

Men also want their bodies explored. While they might tell a woman where to explore, most men prefer not to; they want the woman to figure it out somehow so that it brings them both closer.

When she figures it out, he becomes more and more drawn to her.

Explore areas of his body that you sense will give him the most pleasurable sensations. You will hear it in his voice, in the way he holds you or grips you.

Read: 5 Ways To Spice Up Action In Your Bedroom

As I mentioned in the article about what women really want in bed, women have fetishes, and so do men. In fact, men have bold fetishes. Men happen to be more sexually liberal than women in some communities and so may be able to talk more openly about their fetishes.

Help him explore these fetishes—he wants this. Heck, a man wants his fetishes explored in bed.

If you have been together with him for a while, you can ask him what his fetishes are and make a mental note to explore them when he tells you what they are.

7. He Wants to Be in Control

While this is not true of every man out there, it is true of most.

Men love it much when a woman is expressive in bed. By expressive, I mean able to express exactly what they are feeling.

You can express yourself in bed by using your voice and/or just sticking to the use of facial expressions.

Moan as loudly as he seems comfortable with. Tell him you love what he is doing to your body, how he reaches parts of you that you definitely want to have him reach.

Show expressive faces too. When you feel it, tell him that you do enjoy it—with your face.

This is a very important part of sex, which is even better with romantic couples who pay quite an attention to intimacy.

Remember, a man loves intimacy as much as a woman. Maybe even more. We are all the same. Look into his eyes, and spread a smile. Opt-in to get on top of him and then look at him.

Men also like pauses during sex, especially when they have just ejaculated. Biologically, there is a pause—their genitals become less stiff for a while. It is now that layers of intimacy should be added to sex.

Kiss him in bed. Tell him some stuff. Whisperings are very welcome by men. When you lean over and whisper into his ears, you drive him crazy.

Read: 10 Signs the Kiss Meant Something to Him

When men have the time for it, they absolutely love to cuddle. It makes them feel closer to their partners because during cuddling, oxytocin, a love hormone, is released. This hormone can trigger feelings of deep affection.

What men want in bed is simple. They want the pleasure of deep sensations, both emotional and physical ones. They also want their women to be expressive and involved in the sex.