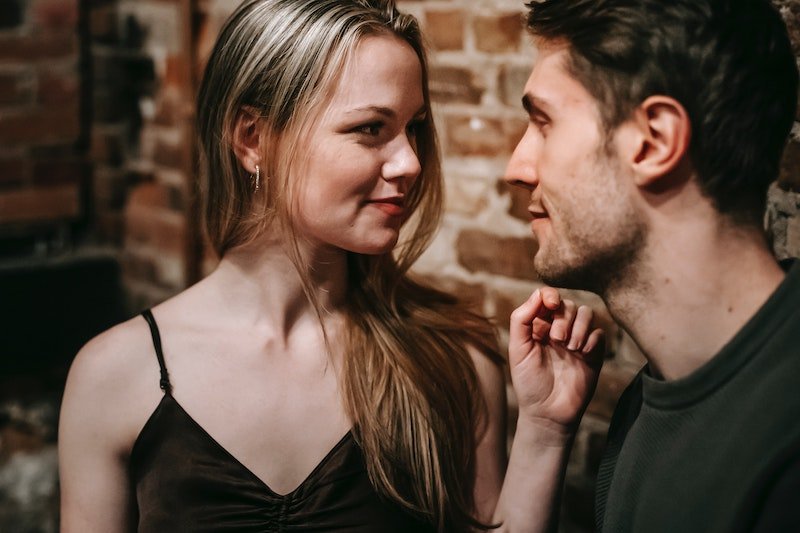 I’ll tell you what; there are things men secretly adore about their women. And that includes your man. Your man secretly adores quite a lot about you. He may not say it, but heck, he is very fond of you.

Most men secretly adore these 10 things about their women.

More often than not, men secretly adore the tone of their women. That is, the way a woman speaks. I asked Hawal, a Canadian man who just got engaged, what he liked the most about his woman, and he said: “Her voice. The way she speaks. It drives me crazy every time.”

Another said he loves his woman’s voice best when she is being feminine; he agrees that it makes him feel needed when she speaks that way. Feminine here does not necessarily mean light. It means vulnerable. A vulnerable tone is everything to men.

Read: How Men Fall In Love

Your gait is how you walk. The body movements you show when you move. Men love that so much. Many men agree to spend minutes looking at their women whenever she walks past. They just adore seeing those hips sway and see that butt wiggle.

He may not say it, but whenever you walk past him, he just adores you some more. So, whenever you move about, try not to be grumpy or mechanical. Move confidently, with that feminine elegance that pulls the masculine in. It is important that you show confidence because men are able to read body language. They can tell a confident person by just watching them walk.

Men are usually awed by how easily women maneuver their way around life. For a man, solving a problem usually involves long hours of thinking, sometimes ending in stress and anxiety. But for most women, problem-solving involves using intuition and then solving it.

Men adore you each time you come up with solutions to a problem. They may not say it, but they look at you and smile, maybe even appreciate the universe for bringing you into their lives.

The truth is, when a man gets into a relationship with you, that is him saying that he adores you to become a big part of his life. He loves it when you are involved in every aspect of his life.

He will adore it much if you assume this role and become quite involved in everything.

When he complains to you, he adores it when you listen to him, and, as I mentioned earlier, he loves it when you provide input and offer solutions.

While many women believe, and wrongly so, that a man is not supposed to be opposed, many men yearn for their women to correct them sometimes too. Even the strongest men need a sense of direction; they need to be corrected when they are going the wrong way.

When a woman does this, they are sure going to adore her. This adoration will translate into deep respect, which will further deepen the love, trust, and attraction in the relationship.

Read: 15 Signs He is Husband Material

5. Men Adore Their Women Being Protective

James, a guy from Australia, told me a story about this one time that he got into a misunderstanding at work. He said he had been in the wrong. But his fiancé, who had been in the next office, did not care about that when she heard the voices. She came into the office, and the first thing she asked was: “Why are you talking to my fiancée this way?”

He said that singular act made him feel deep adoration for her. She had just stood up for him.

Many men have similar stories. As much as they are expected to protect their women, they also cherish it when their women protect them in some way like the queen on the chess board protects her king.

Many men have this wrong belief that women have communication problems and don’t know how to speak about their issues. So, when they meet a woman who knows how to communicate, they adore her so much, especially if she is able to express hurt in a way that does not come off as gaslighting.

You may feel like you are complaining too much by saying this or that hurts you. But that’s just your subconscious playing tricks with you. Your man is quite happy to be involved when you are going through some hurt.

7. An Ability to Trust

No man, and in fact no woman, love to be with someone who does not trust them. So, when a man meets a lady who can deeply trust him, he knows he doesn’t have to deal with the burdens that come with being distrusted.

Halim, a reader from Twitter, agrees that being distrusted is one of the worst things a person can deal with. He says a woman who once distrusted him made his life feel like walking on eggshells. She always watched him, making him feel so uncomfortable.

Someone once said that men are just babies. This may be true because, for real, men want to be praised.

Men secretly adore women who aren’t selfish with their praise. They yearn for their women to tell them where they do great and where they do not.

Walking into a room and praising your man’s clothes or smile can make him feel grateful for you for the rest of the day. Try it, and see how it goes.

Men also love women who can give them some validation once in a while. Men want to be validated too.

Men want to receive gifts too. So, when a woman gives them gifts, they secretly adore her. This may not entirely be a secret with most men because they will tell you that the gifts make them value you.

Giving men gifts makes them feel wanted. And a man who feels wanted can move the world for his woman—he will do anything to make her feel comfortable and happy.

Read: 10 Things to Whisper into His Ears to Make Him Go Wild

Men adore women who are dedicated to living their own lives and achieving their own tasks. He adores and loves to see you move far in your school or career!

Men usually secretly adore a woman’s character. Attitude is everything!