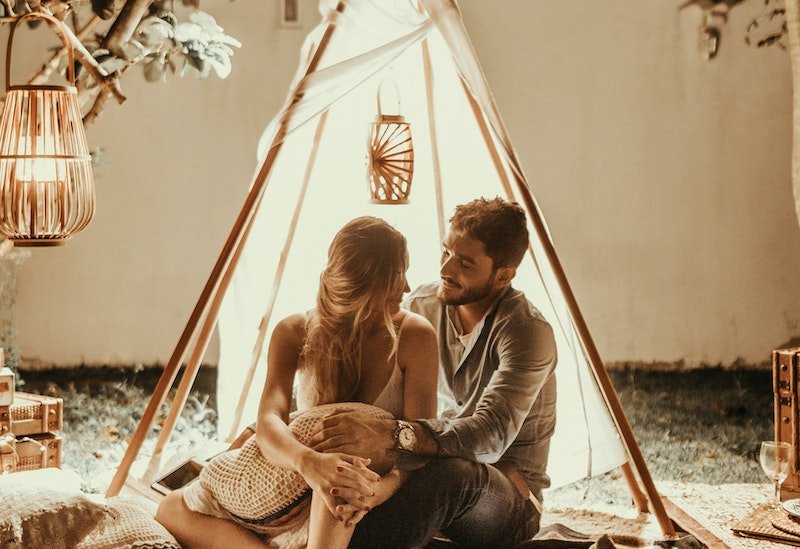 Finding out you’re not the only one she’s dating can be distressing. But it is best you find out somehow, isn’t it? It’s better now than later when it is most likely to hurt more and leave a deeper scare, when it is harder to leave. In this article, I will explore well-hidden signs you’re not the only one she’s sleeping with and leave you to decide what is going to happen next.

Women, you see, date for many reasons. Understanding why they tilt towards romantic relationships is going to give you an idea of why they date more than one person and how they are likely to hide it.

These are 10 well-hidden signs that you’re not the only one she’s dating.

1. It Crosses Your Mind

This is proof, at least to some extent, that our minds are able to feel, to have a glimpse of what is happening around us. Usually, since women are so great at hiding their other partner, one of the first subtle signs that suggest that your girl is dating someone else is this constant feeling in your gut that she is.

You wake, and the feeling is there. You grab a coffee, and it remains seated on your mind. You had better look into why you are feeling this way. Chances are, there is probably something your subconscious mind has picked up. Observe more now.

You should not be unnecessarily mean to your girl or treat her like she’s some castaway. This may make her suspect that you know something and cause her to cover her tracks further. Act normal. Make her comfortable. Comfortable enough to tear down her other defenses.

When a relationship starts to go low, when something fishy is going on, you are most likely to start noticing a change in communication habits. So, at first, when you met your girl, she was big on talking. You both would sit for hours on end and talk about the most random stuff: her day, her new dress, etc.

Now, those things have changed. She no longer talks. You only get to find out about stuff that concerns her after they have happened. For example, you find out she traveled to go see her parents two weeks after she returned.

On social media, her texts become progressively shorter. Long texts become very short ones. It takes minutes for responses to come in even though she is online, even when she is posting statuses and viewing yours.

The change in communication, especially if you both have been having issues lately, is a pointer that something is wrong. If she isn’t going through any issues, her not talking to you usually means she is talking to someone else.

And this someone else is most likely the second person she is dating or sleeping with. Women often catch feelings over little things: like talking—attention. These things mean a lot to them. If someone out there is giving them these feelings, they’ll turn to him.

Read: 12 Things Men Do When They Find Their Soulmate

3. Giggling from the bathroom

So you fell asleep early tonight because you returned late from work and were obviously worn out. When you wake, it is just past midnight. You put on your lamp and glance about. Just then, it hits you: giggling from the bathroom. It is your girlfriend on the phone with someone. Someone you are sure isn’t family.

If you have ever experienced something like this, even if it happened just once, you should know that something is up. This is one of the hidden signs you’re not the only one your woman is dating. If it is has happened more than once, then the red flag is just before your eyes.

Why would your girlfriend possibly make a habit of sneaking into the bathroom at night to make phone calls with someone who isn’t her family? Well, because something she knows you are most likely not going to accept is going on.

It is most likely another guy. And if he isn’t dating her yet, sorry, he just might begin to date her sooner or later.

Some couples start out like best friends. Literally. Like real best friends. They don’t start out hiding any stuff from one another. He asks to use her phone, and she doesn’t bulge. She tells him the password and goes back to doing what she was at.

If your relationship started this way but, all of a sudden, there is the secrecy with the phones, then know that bad news is lurking around.

You pick up her phone and try to unlock it, and the wrong password prompts hit you in the face. You ask her to unlock it, and she starts to act weird. She may get upset and ask what you need her phone for or may linger a while as she deletes and/or hides chats that she does not want you to see.

Sorry, man, but something is up. When a woman starts to hide something, she is most probably at where she is not supposed to be—you’re not the one she’s dating. Your woman is probably sleeping with someone else.

Elvis sits and talks with his girlfriend. She soon says something along the lines of: “Remember that thing I told you about?”

“What thing?” Elvis asks. “You never told me about anything.”

Has it happened more than once? Twice? Thrice? Say no more. That’s a sign you’re not the only one your girlfriend is dating. It’s a sign she’s having an affair with another guy.

Women talk to the men they love. If she keeps thinking she told you about something even when she didn’t, especially something that is somewhat personal, you should do the math and realize that something is wrong. There is most likely someone else, and it isn’t just a friend.

6. Honey, Your Phone is Ringing…Oops, Same Number from Yesterday

Your girlfriend will not always be on her phone. Sometimes, she will be busy, and you will have to take the phone to her. If you ever notice a particular number calling her, especially at odd times, then, there, you have your hidden sign that your woman is dating someone else.

Women are smart. They may be an attempt to take your mind off the possibility of them cheating by saving the number in a weird way. They may save it as a family member’s name—dad, mom, brother, etc. Do not give in to that. Her dad will not call every day by 7 PM and most definitely will not ask who you are when you pick up the phone. This shows you’re not the only guy in her life.

A subtle sign your girlfriend is dating someone else is that her phone is always switched off. She will tell you the phone is off. Don’t believe this. Well, except her phone has some hardware or software issues, or there has been a power outage in her area.

If her phone is always low, know that she puts it off herself. And she does so because you are coming off as a headache now. She is with the other person she’s sleeping with, and so your calls are disturbing.

8. Mountain Out of Mole Hills

Have you noticed a change in how you and your girlfriend handle conflicts? If yes, you may agree that she makes a big issue out of even the littlest ones. For example, you misplace a pen, and she nags for hours about how you have ruined her life. This is one big pointer, and it is not difficult to explain why this happens.

You see, people often feel guilty when they cheat some other person. And when they can’t apologize, they are most likely to build resentment. This resentment is from beating themselves up.

If your girlfriend is dating someone else, she probably feels bad about it. And this feeling of guilt is presented as intense anger towards you. She is taking it out on you!

Usually, people who cheat on others have trust issues. If your girlfriend suddenly starts to have less trust in you and you haven’t done anything to make her feel that way, then it is a sign that something is wrong and she may be having an affair with another guy.

She checks your phone now? Ask who is calling you? Well, time to really observe.

10. The Sex is Weird, and The Cuddles Are Even Weirder

The slightest changes in the sex life of many couples hint at a change in their romance. If your girlfriend is suddenly weird during sex, if she now knows how to do things in bed she could not do before, then you should start to consider the possibility that she’s seeing someone else.

In worst-case scenarios, she may even mention the person’s name. The cuddles will be weird. Very weird. This is a well-hidden sign that you’re not the only one she’s dating.

Photo by Jonathan Borba on Unsplash