Humans are drawn to isolate themselves when they feel very intense emotions. Especially emotions they don’t quite feel proud about or want to keep.

If you are dating, and you find that your girlfriend has been alone for a while, doing nothing, then it is time to get down with her.

Women, therefore, around the time of their ovulation, are pressured by their own bodies, by their hormones, to go out there and copulate. These hormones make them look more attractive. In response to them, the sebaceous glands in the skin secrete more sebum, so her skin glows. Her breasts may grow in size as well, and she might look thicker. The summary is; she will look very hot when she is ovulating, and even her dress sense will improve.

Read: 20 Signs Your Coworker is Sexually Attracted to You

3. She Feels Hotter to Touch

Sometimes, with some women, the hotness involved in ovulation is a bit more literal than it is figurative.

Shortly after, or just during her ovulation, there is usually a slight increase in the basal body temperature. This can last for up to three days or more after her ovulation.

Basal body temperature refers to the temperature of a person when that person is perfectly rested. There is the absence of stress factors or any fever.

The basal temperature usually increases in women around the time of their ovulation because of the hormone called progesterone, which works on the uterus in preparation for a child, should implantation happen.

4. She is Clingy and Touchy

The touching happens because she is, of course, in need of some physical intimacy. I like to think it happens on a subconscious level and maybe, just maybe, is under the control of certain hormones as well.

If you are a woman and feel this way, let us know at hello@whatsdalatest.com. We will love to know if there are many Geraldine out there.

Read: How to Really Eat a Girl Out

5. She is Weirdly Energetic

The spike in hormones associated with ovulation and horniness can hit women in many ways.

One of those ways, which of course, can easily be spotted for what it really is, is a surge in energy.

No, I do not mean the regular stares. I mean weird ones. Strange ones. The kind that makes you think about copulating.

One of the ways women flirt is by giving you these weird stares that make your groin area stare.

Watch her for some time and try to spot how she looks at you. You only should be able to tell if it is flirtatious or not.

The same can be said about women who are seeing their period. The funny thing is, even when on their periods, most women still feel the kind of intense horniness associated with ovulation. The same hormones are involved, after all. (Progesterone and estrogen.)

She might also be edgy and will snap at anything. If she is a stranger or a woman you have only met a couple of times, she might seem edgy and a bit demeaning to you.

8. There are a lot of Sexual Jokes

In my experience, if she is your girlfriend, she will make jokes bordering around you and the relationship and the sex you both have had. For some reason, many women have a such vivid memory of copulation. One will think they don’t forget what copulation they have had.

If she is not your girlfriend, she may make jokes about other guys. In fact, she is going to check out other guys even when she is with you. Do not feel disrespected or anything. Laugh it off for what it is. If you want to call it out, you can do so in a diplomatic way that even makes her laugh.

You can say something along the lines of: “You want to go sit over there with him? Maybe leave me for a woman who can’t get her eyes off me.”

9. She Bites Her Lips

Another one of the many ways women flirt with men is by biting their lips.

Usually, this is in combination with awkward stares; other times, she combines this with randomly grabbing stuff.

If she includes a joke that involves the act of being consummated in the conversation, then it is certain. She is.

This is her way of hinting to you that she has some romantic interest in you. If the compliments are sexual, it is her way of saying that she is trying to get down with you.

For example, she can say: “You look so hot. You are such a hot boy.” 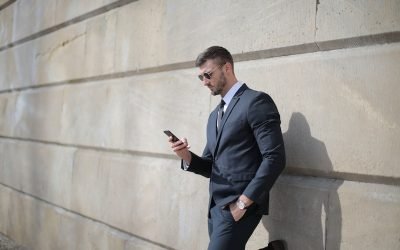