15 Signs He is Using You and Nothing More 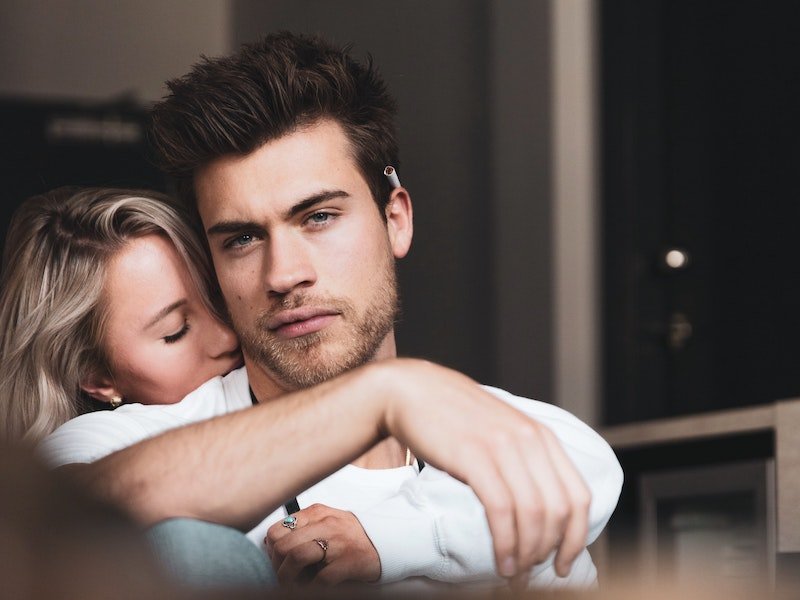 Men that exploit women don’t typically tell their victims that they are being used. Most of the time, when an exploiter gains your trust, he doesn’t want you to know he is only using you and nothing more. That way, he can continue to take advantage of you. Leave you high and dry, and then move on to meet someone else to use.

In one-sided relationships, however, only one partner is interested in offering themselves and their time. The other is not as committed and definitely not as interested. This sort of relationship, though common, might be difficult to sniff out. But here are 15 signs he is using you and nothing more:

This should be a glaring sign that he is only using you to get what he wants. Guys who use ladies may appear otherwise, but they are very calculated and precise.

If a guy insists on meeting up with you at a hotel instead of his house, that is him guarding his private space so well because he doesn’t want you in it.

He doesn’t want to have you stopping by unannounced or trying to set dates. He only wants to meet you when he wants and on his own terms.

To be sure this is what is going on with you, insist on going to his house. If he flinches at the request and goes on to say “NO,” then you may just be dealing with someone out to use you.

2. He Only Reaches Out to You When It is Time to Set Dates

This is very common amongst guys who are only using you. They go AWOL on you only to appear a few days or hours before a meet-up with ‘Hellos; how have you been?”

They only have your time only when meeting up is involved.

If you notice this behavior in a guy, there is a high chance he is only trying to use you. You won’t be getting anything serious.

Read: 10 Signs Your Coworker is Sexually Attracted to You

Have you ever set up a date with a guy, and along the line, something happened, and you could not make it anymore? How did he take it?

He won’t care to know what happened; he only knows you have disappointed him. He takes it personally and might even resort to ignoring you. And this happens because he is only interested in what he can get out of you and nothing else. Your saying no to him means denying him that.

4. He Suggests Some Really Uncomfortable Kinks

It is true that you can spot a guy who is using you by just going through his kinks.

Have that conversation. Ask him what his sexual fantasies are. Now, listen.

Men who are committed are usually not that kinky. They want their sexual life to be spicy, yes, but definitely not that spicy. There are some lines they won’t cross—lines that threaten commitment.

Read: 10 Signs He Enjoyed The Kiss

Not all jealousy is unhealthy. Some jealousy is an important part of any relationship. Jealousy makes partners more concerned about each other.

Guys are supposed to show jealousy, some kind of territoriality around women they love. So, when he does not show any jealousy when you are involved, it could mean two things:

One way to differentiate between the two is that: a guy who doesn’t care simply doesn’t. You can back away from him or create a distance between you both, and he isn’t bothered by it at all. In contrast, a guy who is hiding it will care if you back away. He will seek you out to know what went wrong.

6. He Starts to Act Uncomfortable Soon After Sex

So, you stop by at his house or hotel room, and it goes down. Then, what? He starts to act uncomfortable.

By uncomfortable, we mean that he starts to act as though you are no longer welcome, as though your company has grown stale.

This act isn’t going to be so obvious. In fact, there is a high chance you are going to miss it if you are not careful enough to observe.

Observe the change in his voice. Observe how he starts to act like he is busy even when he is not.

7. He Is Too Jealous

You should know that no two men are the same. Whilst some may act as though they don’t care about what you do or how you do it, others are sure going to care too much.

They care because, for some reason, they see you as some kind of conquest since they are only using you and want nothing serious.

They want to be the only ones who have your attention because it makes them feel good about themselves. It is not as though they like you. They only like the idea that you are with them.

8. He Forgets Your Important Moments in Your Life, Again

And not just your birth date. Every single occasion that matters to you. Let’s be honest here. A guy who doesn’t want to get serious with you just doesn’t.

He won’t take you nor the things that matter to you as seriously as you want him too. We hate to tell you this, but he is only using you.

He will forget dates you hold very important. He will forget basically everything. Forget? No. He didn’t even know it in the first place.

9. He Doesn’t Want to Identify with You in Public

Public includes even social media. To him, since he wants nothing serious and is only using you, you are meant to be a well-kept secret.

He will keep you off his social media and off his real-life contacts. Yes, you may know two or three of his friends who most likely know that he is using you and nothing more.

But you won’t know the people that mean a lot to him, his family and all.

When you tag him on social media, he is going to un-tag himself before you even know what is going on—or he will just not let the post appear on his timeline.

10. He Has Mastered the Art of Evading Tough Questions

All relationships have that tough question moment. You know, the ‘do you still love me’-like moments.

A guy who is only using you anticipates these moments. And since he has experience with this kind of relationship, he knows just how to respond.

Guys who often use women are armed with a dangerous sense of humor. The kind of humor that makes you forget. You know—makes you doubt yourself.

Read: How to Know if She is a Gold Digger

Gaslighting is a manipulation technique where a person makes another person doubt their own experiences, even though they were once sure of them.

You can tell him you feel like he doesn’t care much, and he will find a way to turn it around. He will look for weakness of yours and hinge his defense on this weakness.

For example, if you are an insecure person, he will hinge his counterargument on your insecurities. He will say things like: “Of course, I care about you. But you choose not to see it because you are just an insecure person.

12. Your Friends Feel Something is Off

Our friends can usually sense when someone is using us. Since they have been with us for a while, they know when we are doing too much and when a relationship is taking a toll on us.

Whenever your friends ask you stuff like: “What is so special about this guy?” it is an indication that they are sensing a one-sided pattern.

Listen to your friends. Ask them what they think of your guy.

Commitment is like kryptonite to a guy who doesn’t want anything serious with you. He fears it so much he will look for ways to subtly tell you he has no interest in being committed to you.

One of those ways is by flirting with other women.

If he thinks you are strong enough to handle an open relationship, he will be open about it. But if he thinks that you are one who values commitment, he will be very subtle about it.

Whatever the case, flirting is never a good sign.

14. You Don’t Know Where You Stand

The very reason you clicked on this link.

He is most likely using you and nothing more if you don’t know where you stand with him. Most especially if you have tried to talk to him about it and it didn’t yield any results.

You told him how you felt, and he just shrugged it off. Some days you feel good about everything, and on others, you aren’t even aware of what is going on.

You already know this drill, don’t you? Many people only use Tinder for casual dating or hookups. Most of them are not interested in commitment. Only 4.16 percent of its users are looking for a relationship.

Many users are just looking for women they will exploit and sleep with, and that’s it. If you don’t want to be used by some guy and you’re looking for a serious commitment, my best advice is that you shouldn’t use Tinder.

Ubong Johnson (Ubee) is a relationship expert and writer. He writes articles that cover everything from relationships and nutrition to lifestyle. His works of short fiction have appeared in several literary magazines, including The Shallow Tales Review, Ngiga Review, and the Kalahari Review. He is the founder and editor of Fiction Niche.
Get our new updates! 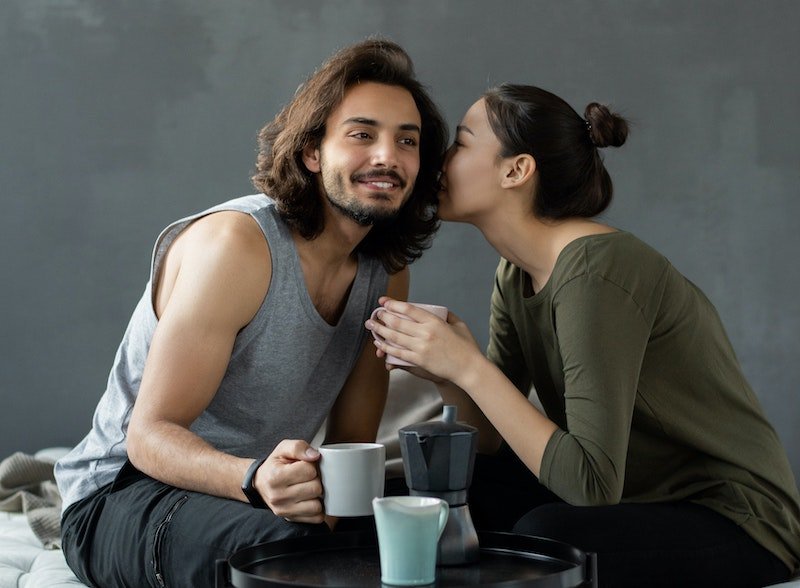 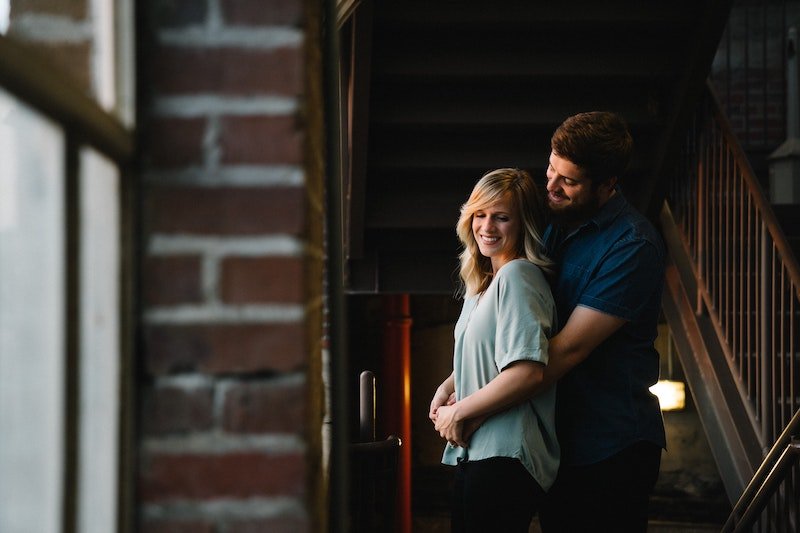 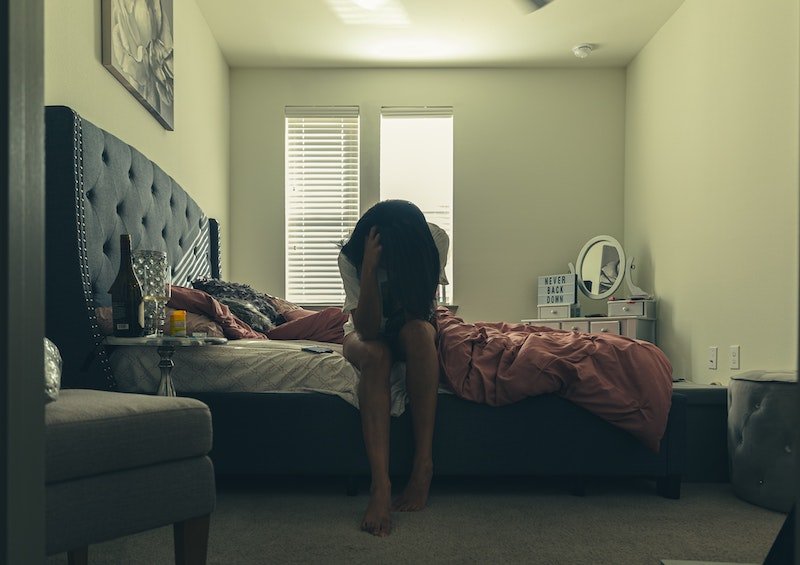 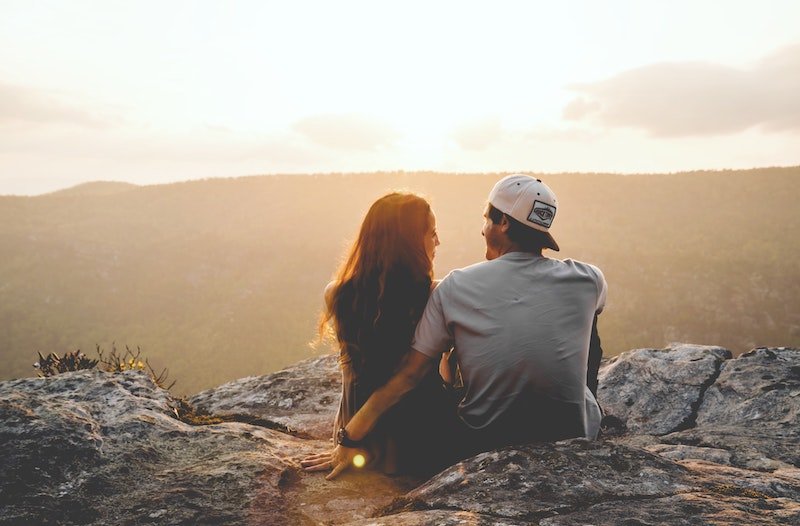