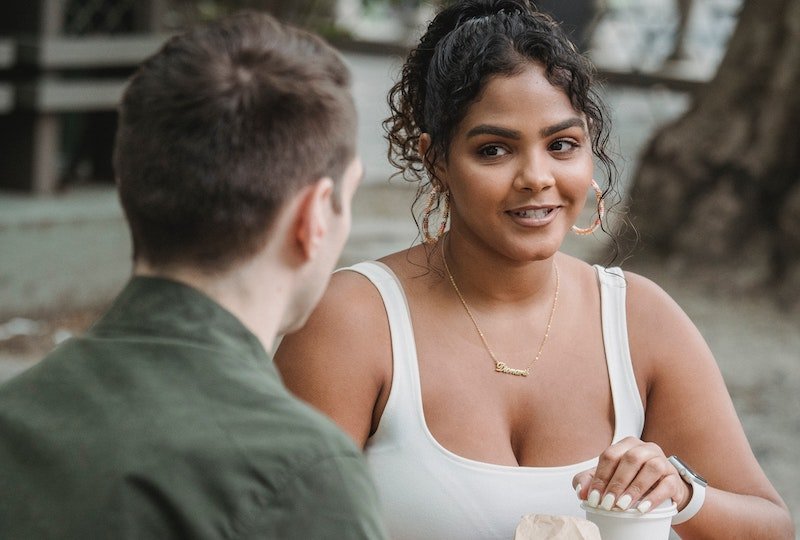 So, you like him. And from the look of things, he just might like you too. But you are unsure of one thing: is he single, is he not? A part of you thinks he is because of how open he is to flirting with you. The other part thinks otherwise. What, then, do you believe? In this article, we will be exploring 10 key signs that he has a girlfriend.

1. He is Here Now, and Then Off Later

Imagine this; you both are having the time of your lives, maybe in real life or even via texts. Then all of a sudden, from nowhere, he is off. Gone. Like all those hours never happened. Even worse, he takes forever to return—with a flimsy excuse as usual. Something along the lines of ‘Hey, I am so sorry. I was busy.’

Does this happen regularly? Then there is a pretty big chance he has a girlfriend but does not want you leaving. He enjoys something about you—perhaps your openness—and is trying to keep you. He leaves when his girlfriend wants him and resurfaces when she does not.

2. He Takes Forever to Reply

Sometimes, he won’t go offline mid-way through a conversation. He will remain online. But you’ll notice that his texts get slower and slower, meaning he is texting someone else.

The texts won’t only get slower. They will get shorter as well. Let’s say he was texting you ten lines per text. You may find that the messages will begin reducing to just about two to three lines.

You may also notice that he apologizes for a number of ‘wrong’ messages.

Something like, “Hey, I am sorry, that message was not for you.”

Ask yourself this every time that happens: if not for me, then who was the message for?

Read: Opening Lines For Women That Dating Experts Swear By

3. He is Never Online or Available During Weekends

After busy days at work, couples usually recline to each other’s company and affection. The hot guy you are talking to is not an exception. And even though he might flirt with you, he does love his girlfriend. Surely, he will want to spend a lot of time around her.

A big sign that he has a girlfriend is that he becomes very unavailable on weekends, especially Friday evenings. He is not online. His numbers don’t go through. Then, boom, text on a Monday morning: ‘Hey. It has been a busy weekend.’

I’ll tell you what. It may sound like a stereotype but look: if that guy’s phone buzzes whenever he is with you, then the chances are, he has a girlfriend and is happy in his relationship with her.

The only believable exception is if he is quite the social butterfly, a doctor, or someone who works with humanities and so gets a lot of calls every now and then.

How does he act when the calls come in? Watch out for a smile—that’s what he feels for his girlfriend.

Read: Why Don’t I Have a Boyfriend?

5. He Keeps Mentioning an Unnamed “Someone.”

Guys don’t stop talking about the things they love. Although he might not bring himself to say her name, if he has a girlfriend, he will mention her somehow. And not just once. She is going to pop up in conversations, a lot, seamlessly, like he hasn’t just mentioned another woman.

A perfect scenario is: Jude is seated with Clara, who thinks he is hot. They are talking about the weather and the trees. Then boom, Jude says: “Someone close to me absolutely loves the way trees ruffle in the breeze.”

A couple of seconds pass, and then he says: “That lady who just walked past us looks like someone I know.”

Read: 10 Signs He is a Womanizer

Granted, everyone gets mood swings. Those are not the kind I describe here. What I mean by mood swings is he abruptly mentions that he misses someone and then goes quiet for a long time.

Guess who that someone he misses is? Yeah, you guessed right. Probably his woman.

7. He Asks Your Opinion About a Misunderstanding with Someone

He doesn’t mention the someone, but from the tone of his voice, you can tell that this is someone who means a lot to him—I mean, if the person didn’t mean a lot to him, he won’t be asking you, right?

Now, here is what is likely going on: he has gotten into a fight with his girlfriend and is asking what you think he should do, what a woman would expect her man to do in that situation.

That, if you ask me, is a pretty big sign that he has a girlfriend. You can confirm this by going on to ask who that someone is. Chances are, he will change the subject just to evade.

8. There is No Jealousy at All

This is usually going to come off as a surprise to you. He has been hanging out with you, you’d tell yourself. He is at least supposed to feel some jealousy. But guess what? He won’t.

Many guys who have girlfriends will not feel jealous when you flirt or mess around with other guys. As a matter of fact, they may even encourage you to do so as well. They may even try to be a matchmaker, teasing you about which boys you should talk to.

Read: Is He a Husband Material? 23 Positive Signs

9. There’s a Picture of Him and a Girl on His Social Media

This is a big sign that a guy has a girlfriend and is happy being with her.

One picture can be overlooked as a coincidence, though. But two? Two pictures of him with the same woman are such a big sign that he does have a girlfriend.

10. There a Girl is Flirting with Him on Many Comments on His Posts

A bigger sign if he is flirting with her as well. The signs are usually everywhere that a guy has a girlfriend and are not so hard to sport.

How to Make a Guy Fall in Love With You: 10 Simple Things that Matter Most to Him

The art of seduction did not begin today. Women have used this art for as long as centuries ago to get men to fall in love and appreciate them more. It has proved effective for that long because we humans are the same, and our emotions work the same way. The fonder a... 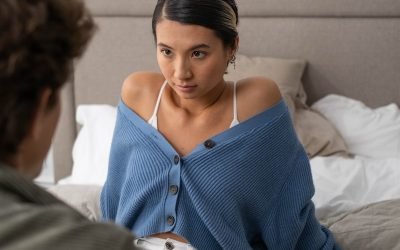 How to Give Great Head – 10 Blow Job Tips