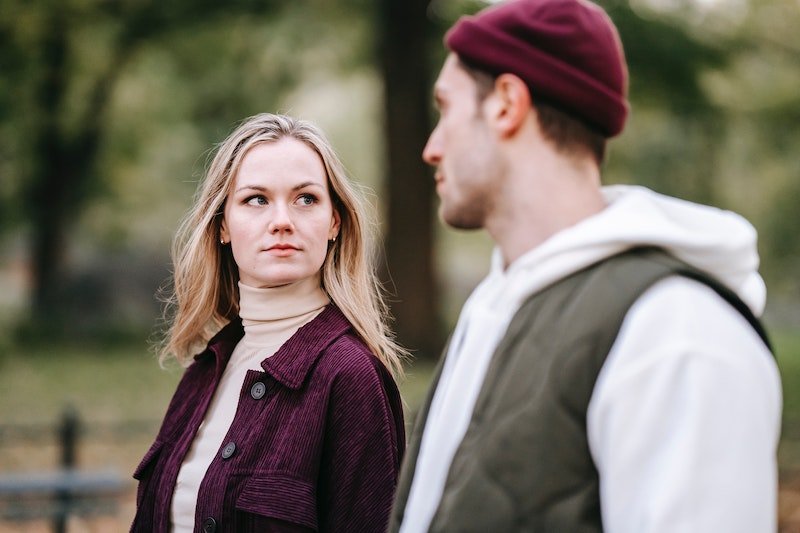 You may think otherwise, but your man does not tell you everything. There are quite a number of things men like to keep to themselves and never want to reveal, just to preserve their relationship and/or help manage their feelings.

Do you want to know what a few of these things are? Then check out these top ten secrets men never want to reveal.

1. He May Love You More than You Love Him

One of the things men fear more than rejection is unrequited or one-sided affection. So, often a man will repress his woman the minute he feels like he loves her much more than she loves him.

Jamie agrees it is an ego thing. “I feel weird,” He says. “Knowing that I love my woman more than she loves me. It hurts my pride somewhat. So, I repress my feelings. I tell her less I love you’s.”

Your man never wants to reveal that he just might love you much more than you love him.

For some reason, men are quite sensitive about money problems. Many agree that going broke comes with some deep feelings of inadequacy that might affect their self-esteem in the long run.

So, one of the top ten things men don’t want to reveal is their money trouble. Rather than talk to you about it, especially if it has occurred quite a number of times, your man will act like the tough guy and attempt to deal with it on his own.

Sometimes, he does deal with it.

3. It is Sometimes Easier to Talk to Someone Else

Yes, he is your lover and enjoys your company quite a lot. But what if we told you that he would not reveal that he finds it easy to talk to someone else about certain issues?

This does not suggest he is cheating. It only suggests that he is not quite comfortable with talking about certain things with you.

Men often hide the fact that there is still an ex. But if you are careful enough to observe, you’ll find that the ‘friend’ he just does not want to reveal is his ex.

Why do men talk to their exes? There are a couple of reasons why. But one of the most common is that they had not lost the attraction completely.

Some men are still romantically attached to their exes even when in a new relationship. Before you get involved with a man, be clear that there is no ex in the picture or a ‘friend’ he tells you not to worry about.

Read: 10 Things Men Do But Will Never Admit

Men often want to be seen as tough and macho. But here is the thing: inside, men are just as childlike as women are at their core. They sure need complimenting, especially ones that praise them and awaken their hero instinct.

A good, well-targeted compliment will make a man feel even more attached to you. He will do things you love, just so the compliments keep coming.

Words are not the only means to compliment a man. You sure can compliment your man by giving him gifts.

6. He is Uncomfortable About the Other Guy

Another secret a man does not like to reveal is the fact that he feels jealous of the other guy. The moment you mention a guy up to three, or four times, his defenses go up, and he starts to get uncomfortable.

He may not act like it, but he does feel jealous. Men, you see, are jealous and sometimes quite defensive. It is a secret they like to hide, but it is reality.

7. Your Appearance Does Not Matter That Much

8. He is Afraid of Opening Up

Men fear vulnerability, especially around women who they have not been around for long. This is why it is best to first be friends with a man before becoming his lover.

A secret he can’t reveal is: if it were easy for him, he sure would have revealed some secrets to you. He wants to open up about his work trouble. He wants to talk about a member of his family who has stepped on his toes. The list goes on and on.

9. He Doesn’t Like It When You Are on the Phone

A number of things raise a man’s suspicion and make him feel quite uncomfortable.

One of those is spending too much time on the phone, whether you are around him or not. In fact, it is more suspicious to him when you use your phone heavily while he is away.

Let’s say he steps into the room to find you chatting on your phone with another guy; he will begin to feel insecure, especially when the conversation continues for a long time.

10. He is Attracted to Other Women

You may feel like he is just the man for you, and this might be true. But even then, he is still a man and has the tendency to be attracted to other women.

He may not be a cheat, but it is best to assume that he is attracted to other women.

Men never reveal to their women that they are sometimes attracted to other women.

Read: 5 Signs He Will Never Cheat On You