10 Best Phrases that Triggers the Hero Instinct in Your Man 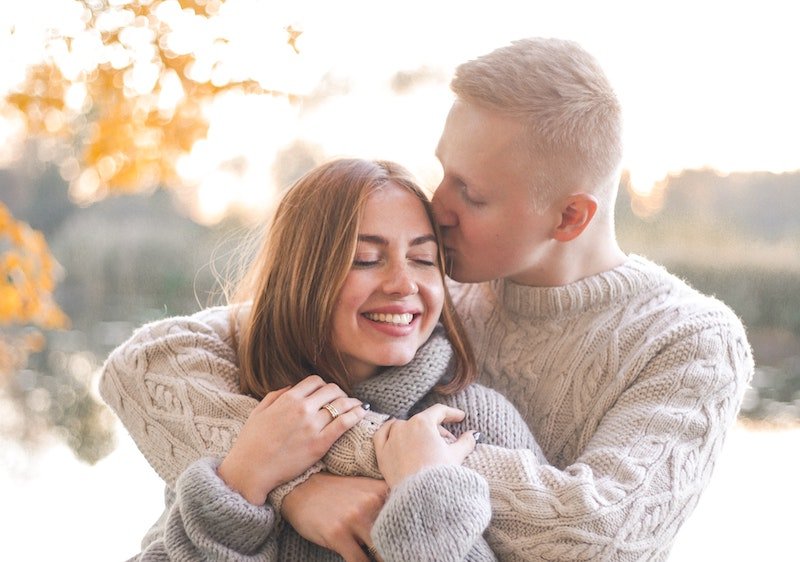 Making use of phrases that trigger the hero instinct in your man is a way of assuring him that he is your number one hero.

Guys dream of becoming heroes someday—for this reason, they spend time watching marvel movies and arcade playing games. Ask a young boy if he wants to become a hero, and he is most likely going to scream a yes, and then go on to tell you the kind of hero he wants to become.

When I was younger, I wanted to become the spider-man, and my best friend wanted to become superman. Men may not be boys anymore, but they sure do want to become heroes still. Doubt me? Then listen to this song by R & B star. He sings: “I can be your hero, baby.”

It isn’t difficult to know why men want to be regarded as heroes. Heroes are celebrated, admired, and loved, and everyone wants to be associated with them. In this time when masculinity is somewhat frowned upon, all men want is to be loved and appreciated. To be heroes to the people they love. If you want to trigger a man’s desire, you have to trigger his hero instinct somehow—because that is his core. Here are the 10 phrases that trigger the hero instinct in your man.

If you watch a lot of hero movies, you’ll agree that there is always a scene that goes this way: a group of people is in distress, probably under some kind of attack. The enemy is stronger than they are, and they can’t face him alone.

Then, from nowhere, the hero shows up.

When this happens, there is usually a change in the emotion portrayed in that scene. From being sad and moody, the people begin to cheer; they start to chant and show how happy they are.

In real life, it isn’t so different. Men know this. They know that, if indeed they are heroes, they are supposed to make someone happy.

Telling a man that he makes you happy, that he is the reason a smile gleams across your face, is one phrase that is going to trigger his hero instinct. When you say this, be sure to say it with a smile so that he doesn’t doubt you or begin to consider the possibility that you are teasing him.

And this is going to make him try even more to make you happy. His desire is going to be peaked, and he is going to want to be around you more because you make him feel appreciated.

2. Gosh, You Just Saved My Life

Who is a hero if he doesn’t save lives in some way or the other—literally or figuratively? Well, he really is no hero.

Let us say you are working on your computer one evening and something seems to be giving you a hard time. A man, sensing your distress, comes around and asks what is wrong. You tell him what is wrong, and he offers to help.

If he manages to help, do you think, “Gosh, you just saved my life.” Is it a phrase that can trigger his hero instinct? If you think yes, then you are correct.

Even though he may wave it aside with a casual, “It is nothing.” Believe me; it is not nothing. Saving a person’s life is not nothing. It will make him feel good about himself, triggering a hero instinct in him to want to help you with stuff some other time. He will begin to hang around you more.

3. Can You Help Me With This, Please?

Believe me, asking a person for help can really make a person feel like such a hero, and rightly so—he is a hero. Think about the last time a person asked for your help or your opinion. It may have been a stranger or a just some acquaintance, and the plea may have been something as simple as: “Hey can you tell me what you think of this?”

How did you feel about that? Well, you felt good. When you ask that a man helps you, you are doing two things, which you may or may not know:

That is such a phrase to trigger a man’s hero instinct.

Read: These 5 Things Tell You He’s In Love With You

Sometimes, even heroes have that moment where they doubt their ability to help others. Some movies portray this. In the avenger’s Endgame, Thor decides that he is no longer going to be a hero. He sits back and decides he is going to do nothing to save the world until he finds motivation in the faith a character has in him.

A phrase that triggers men’s hero instincts, which you can always tell your man, is: “I believe in you.” He knows that people don’t just believe in things. You will never believe a rat can learn how to fly. People believe only in things that have potential.

When you tell a man you believe in him; he realizes that you see his potential. This triggers your man hero instinct to do more, and he will also desire you more. Men love to be around women who see their worth.

5. You Make Me Feel Safe

Heroes make a person feel safe. Because when they are around, very few things can go wrong. A hero instinct phrase that works on most men is the affirmation that he makes you feel safe.

Of course, he reads the news. He sees TV, and he hears complaints from women who admit that they do not feel safe around many men. Who admits that many men are violent and flare up at the slightest provocation—which is sometimes true.

So, when you tell him that he makes you feel safe, he takes it as one of the biggest compliments there is and it will definitely trigger the hero instinct in him.

6. You Make It Seem So Easy

We all have older people whom we look up to. Most of us looked up to our fathers or mothers or guidance as kids. One of the reasons was that they made things seem so easy. You could have been struggling for pretty long hours to complete an assignment, on the verge of tears even when they show up and help.

They do what took you hours in less than ten minutes. This is what heroes do. Make things seem easy. When you tell him this, you trigger his hero instinct and desire. He wants to be around you more, so he can keep making stuff easier.

7. You Could Become So Much More

Telling a man that he could become so much more tells him that you are rooting for him. We root for our heroes. The other day, I heard a kid say: “Don’t worry, my father will come.” It made me turn around and brighten in a smile. That kid was rooting for his dad because he had so much faith in the man.

Telling your man he could become so much more is rooting for him. Another similar catchphrase that can trigger the hero instinct in your man is: “You got this!”

Telling a man that he is the best is more like telling him he is rare. Good stuff is quite rare—like diamonds, and many people agree diamonds are the best.

You tell a man this, and he looks at himself all over. If he is feeling down or worn out, he begins to feel better about himself, and his attraction and affection towards you deepens.

9. You are So Strong

Movie heroes are strong, so real-life ones have got to be strong too. When you say this hero instinct phrase to a man, do not just appeal to his physical strength.

Also, appeal to his emotional strength. Tell him he handles his issues with so much ease and that you admire how strong he is.

10. What Would I Do Without You

To trigger your man’s hero instinct, say this phrases casually, while looking into his eyes. He is going to feel quite valued and immensely appreciated. It is sure going to work to make him feel like a hero.

Photo by Taisiia Stupak on Unsplash