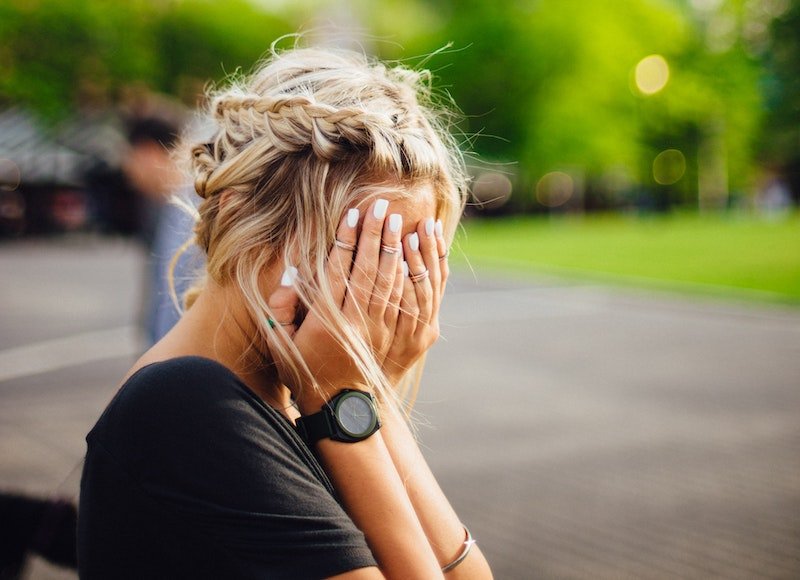 Inevitably, you may unintentionally do some of them, but read on, and you can cross these common mistakes women make off your list.

Whilst new great methods are being applied to make dating healthier, new mistakes are also being made. Relationship experts agree that these are amongst the top 10 mistakes women now make before and during their relationships.

1. Jumping into Bed Too Soon

Jumping into bed, simply put, cuts the ‘chase’ phase of relationships too early. Chase is a vital part of the relationship dynamic. It is during this phase that seduction is built.

It doesn’t end well when something happens to block or stop this seduction, especially if you happen to be with someone who is only trying to sleep with you.

Some women make the mistake of ignoring massive red flags. Almost every relationship that ends up bad presents us with red flags at the start.

Have you ever recovered from a bad breakup, then had an “I should have known” moment where you thought about all the bad signs you had seen but ignored?

That was you realizing at long last that the red flags were there.

Because many women are too caught up in their feelings to realize that something is just not right, they let their guard down and make the grave mistake of ignoring red flags.

This mistake costs too much. You should be careful.

Read: 12 Ways To Be The Best Girlfriend He’s Ever Had

3. Ignoring Their Own Needs

Relationships are great and all. But, the truth is, even when you are in a relationship, you still have your own needs. And they should come first most of the time.

As a woman, do not make the mistake of ignoring your own needs in a relationship. Do not nurse another person’s feelings or try to meet their needs without first meeting yours.

Whilst such altruism is commendable, in the long run, it has one feeling drained and exhausted. Like they have always been the ones giving. This is not a great position to be in.

4. Trying to Change Themselves

One of the key mistakes many women can make is trying to change themselves.

Imagine this: Becky meets George, who is just the kind of guy she would be with. One conversation and she knows the kind of girl George likes. Goes like a quiet girl who is snobbish and barely smiles.

Becky knows she is the complete opposite. But since she likes George, she is going to try to be the kind of girl he likes. She starts to grow quieter. Starts to smile less and less, etc., until it all starts to wear her out, and she can’t take it anymore.

Whilst this may seem like a farfetched example, it does happen. And it happens a lot.

In every relationship, avoid trying to change yourself. Be who you are, and be amazing at being that person.

The truth is; that we can almost never change anyone. If a person is fine with the way they are living their life, it is almost impossible to convince them to stop living that way.

Attempting to change your partner is one mistake you don’t want to make. It almost always backfires.

When you keep hammering into your partner’s ears that you want them to change this or that, they start to resent you, and this opens room for misunderstandings you sure don’t want to have.

Sure, jealousy can be a healthy thing, but like many good feelings, it sure can go overboard and start to breed toxicity.

When you get in a relationship, don’t make the mistake of letting your feelings of jealousy become unhealthy or morbid.

Don’t direct these feelings towards your partner’s friends or family.

If you can, talk to your partner about them even. Let your partner know that you don’t like it when they don’t give you enough attention, when they are nicer to other people, etc.

One of the top mistakes many women make is being too ungrateful. Appreciation is healthy. Both parties in relationships have to feel appreciated. They have to feel like the little things do matter so much.

In your relationship, learn to acknowledge your partner and appreciate them.

The trick, according to Ubong Johnson, is to acknowledge the effort and not necessarily the result.

Effort and result are not necessarily the same thing. Whilst the results matter, efforts matter more.

When next your partner does something worth appreciating for you, think of all they had to go through to get that done. And appreciate them with that in mind.

Many of us think about involving a third party in our relationships. But experts say that you should avoid this as this may lead to awkward feelings between your friends and your partner.

A relationship, especially one that has just started, has to involve just you and your partner. All your goodness starts with you both and ends with you both—likewise, all your bad moments.

Don’t involve a third party in your relationships.

No, your best friend doesn’t need to know what your boyfriend or husband did to make you angry. That is supposed to be between you and your husband.

Except for your relationship counsellor, no one should really know what happens between you both.

9. Zoning Out During Tough Conversations

Tough conversations are not something anyone of us enjoys. But, to make things work, we just have to sit there and bare ourselves, offering apologies where we should and forgiving likewise.

Realize this, and stop zoning out during tough conversations. You are only making a mistake that is going to have such a bad impact on your relationship in the long run.

No matter how tough it gets, sit there and make sure the issues are solved before you zone out.

Women make the mistake of nagging. No one loves a complainer. People who complain a lot scare their loved ones because everyone has to walk on eggshells around them to avoid being scolded.

One mistake many women make is scolding their partners too often, many times, about things that could have been sorted out by just having a friendly conversation.

This makes their partners avoid them and possibly start keeping secrets. Try as much as you can to talk to your partner rather than scold them.

Bonus: don’t poke your partner’s jealousy. Don’t make them feel excessively jealous, as this could make them pull away from you.

Photo by Abigail Keenan on Unsplash