How to Make Your Man Stop Looking at Other Women 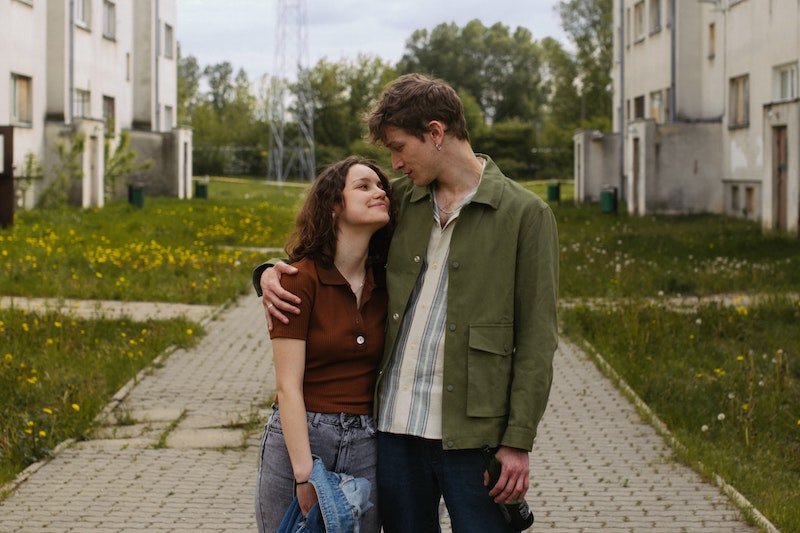 You are both at this dinner restaurant on a Saturday night, trying to unwind and have a romantic dinner with your man.

He is seated across from you; he reaches out for your hand, looks you in the eye, and tells you how you’re the best thing to happen in his life and how he feels like the luckiest man in the world.

You feel giddy because you believe his world revolves around you. And while you’re still enjoying the euphoria, you look at your man, and his eyes are glued to someone else’s good-looking anatomy.

And the bubble of your feeling shatters again as it has on other occasions you caught his eyes straying.

The words he just said have lost their effect, and all that’s left is anger and frustration. You want to lash out and smack him in the face right there. But you are in public and would like to avoid a scene.

You request to be taken home, and you crawl into bed with your heart in pieces and your self-confidence in tatters.

If this is your typical story, you are in the right place, and there are ways to make your man stop looking at other women if he admits he has a problem and is willing to work with you to find a solution.

But before seeking a solution, you also have to understand the reasons why your man chose to look at other women.

Lots of things break strong relationships, and a lover’s roving eyes is one of them. This habit of looking at women develops when a man is in his teen. It happens naturally that they don’t even know it has become a habit.

Each time men look at a woman sexually, he gets a chemical high of dopamine and norepinephrine which makes lots of guys energetic and euphoric – a minor high, but very addicting and enjoyable, hence the beginning of why some men enjoy looking at other women.

Unfortunately, the media makes it difficult for men to curb the habit because scantily dressed and sexually provocative women are paraded every second of every day. Be it on social media, television programs, or movies.

The reasons are relative, and sometimes, men can’t even explain why they do the staring other than it just feels good.

Things to do if you want to encourage your man to stop looking at other women.

Yes, he just checked out another woman, but what’s the point of screaming or hurling abuses? You will merely look like the crazy one and you will lose your justification.

Most times, when a man looks at other women, he doesn’t even know he is doing it because it’s a behavior he’s accustomed to, just like nail-biting or nose-picking.

They also automatically assume that because they do not have serious sexual thoughts toward the other women, it should not be a big deal if they feast their eyes and satisfy their curiosity.

Stupid, of course—but to a man, this way of reasoning is totally sensible.

But, no matter how disgusted and angry you feel, just keep your calm and wait till you’re out of public space.

2. Determine if he’s ogling or noticing.

There’s a big difference between noticing other women’s fashion sense or looks to downright staring at their bust and hips or making lewd faces and comments.

Try to be objective and remember that he may not even be aware that he just looked at someone else. Even women steal glances as their fellow women, too, so he might not see a big deal or have any sexual thoughts about it.

If he mentions that someone in that space looks nice, and they probably do, you should know that is no cause for alarm, but when they say someone looks hot or sexy, or when they can stop staring at another woman’s chest, and then you should call them to order without creating a scene.

3. Don’t think it is your fault

It is not your fault if your man has wandering eyes. It is not because you look less attractive to him, neither is it because you’re not doing something right.

Most men would still look at other women even if they had the current Miss World by their side. Do not carry any guilt over someone else’s actions.

Don’t also change yourself to look more attractive mainly because your man won’t stop looking at other women. If you do anything extreme, it still won’t hold his attention.

A man can only change if he wants to with a little bit of prodding and assistance.

If you have to call him to order, do it as you would talk with another adult. Nobody likes to be disrespected.

Men especially don’t do well with rules. When you give him a list of Do and Don’ts, his emotional intimacy toward you may lessen if he feels he’s not being treated as an equal.

Seek relationship counseling if you find that you cannot handle the situation with practicality. This action will help you adjust your expectations accurately.

Communication goes a long way in solving misunderstandings. When you want to solve a problem, you have to talk about your feelings.

If you don’t feel comfortable with him ogling other women, it might be best if you sit him down and share your feelings. Tell him how it truly makes you feel.

But don’t throw accusations at his face or speak down at him authoritatively. This will only make him pull back into his shell.

A good man will feel terrible enough once you amiably explain how his actions make you feel. He will be willing to adjust and do better.

6. Call his attention to his actions immediately

If you find a behavior inappropriate, you should tap him or signal to him and tell him what he’s just done wrong. There’s a possibility that he did not even realize he was looking at another woman.

You could say, ‘Do you know you stare at women? You just did it right now staring at that girl – did you notice doing that?’

Pointing it out will create awareness and remind him of the habit next time he attempts to do it again.

7. Tell him to put himself in your shoes

You see, there are things men do that they cannot stand when their partner does the same. Play this card with him next time he’s being unreasonable.

Ask him to put himself in your position and vice versa. Ask him what it would feel like if you ogle other men and call them hot or sexy in his presence.

When he puts himself in your shoes, he will realize that what he is doing is not pleasant. This will make him want to do better.

If you find a man that genuinely feels bad and promises to do better, know that his feelings for you run deep.

8. Bring the relationship into the picture

If your partner is dedicated to your relationship, they will not want anything to jeopardize it. Your seriousness will convey that his behavior is unacceptable, and he will make an effort to change this habit.

Sometimes, a man cannot help looking at other women even after he makes promises upon promises to change. He is just addicted, and like other addictions, this may be difficult to break.

Seeing a therapist may be the next and best option. This person will see from both parties and will not be biased.

It could be together as a couple or individually, but sometimes, it takes a neutral outsider to pass your messages across.

But you have to understand that your man will not automatically stop his habit, be realistic enough to know that it will be a work in progress for a while before he develops a counter-habit for his addiction.

He’s going to glance once in a while when he thinks you’re not looking. But what you want to pay attention to is if he respects you enough not to do it in your presence anymore.

If your man still doesn’t stop looking at other women in your presence even after all these attempts, it may be time to give the relationship a break. You deserve a relationship that’s based on mutual respect.

Photo by KoolShooters from Pexels