10 Kissing Styles and What They Say About Him 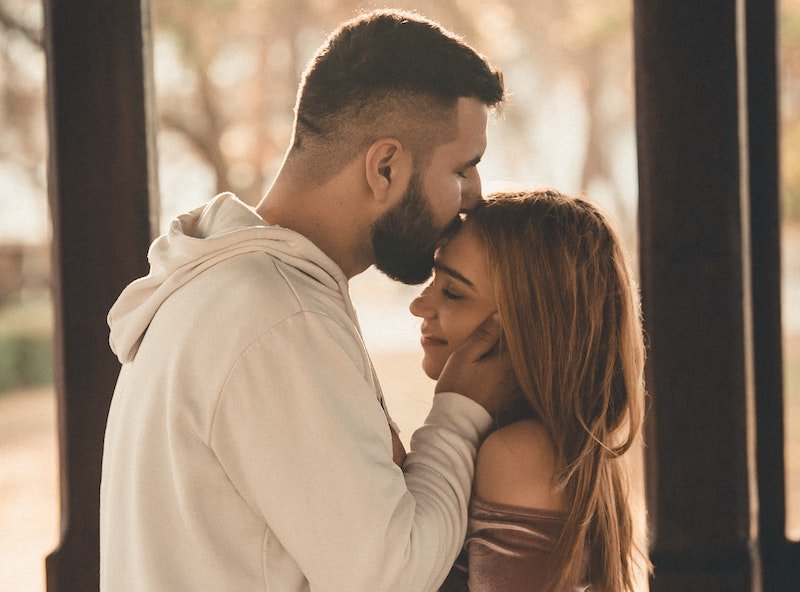 Kisses are not just kissing. In many ways, people use different kissing styles to communicate their feelings. How a man kisses you tells a lot about him and what he thinks about you.

Different kisses say different things about a guy. A guy can switch between those kiss types when they need to. And typically, every guy will need to because one kiss does not fit all feelings.

Here are 10 kissing styles and what they say about him.

Every woman who has been in love should have had a forehead kiss at least once from her man. Forehead kisses are often not considered very sexual, and rightly so.

When a man gives a woman a forehead kiss, he is saying to her that he loves and respects, and honors her. It shows that he may be more attracted to her than she would love to admit or see.

This is especially true if he closes his eyes whilst at the kiss.

In some cultures, a kiss on the hands or fingers is considered the most preferred way to greet a ‘lady.’

But stepping back and thinking about just why he is doing this will make you understand that he is kissing your hand as a signal.

He is trying to say, even when he may not realize it, that he may just be interested in putting a ring on your finger.

Gerry from Eureka, California, says before he proposed to his fiancé, he was in the habit of kissing her hands. He said, “I never even realized I had been doing this until the week leading to the engagement.”

It really is funny how the subconscious mind of men works.

Please note that a kiss on the hand kissing style can also hold a hidden sexual undertone. It may be him saying, or at least showing in a very subtle way, his plan to lead you to his bed. (Read: What Does It Mean When He Kisses You A Lot)

3. A Kiss On Your Neck from Behind

So, let’s imagine that you are busy with something, and then boom, someone holds you from behind and puts a kiss on your neck.

He probably had been watching you for a while before he walked over and kissed you.

4. A Kiss On The Neck From the Front

A kiss on the neck from the front usually comes after a hug. That is, he hugs you and, boom, plants a kiss on your neck.

This kind of kiss, more than half the time, just shows how much he is interested in being with you sexually.

It shows that he wants to have sex. He may just be trying to hook up and then leave later.

This is especially true if he does not just kiss. If he bits, thus producing a hickey, then you can be sure he wants to sleep with you.

Related: 10 Signs He Loves You by His Kiss

5. A Kiss on the Neck Following a Sensual Touch

What more proof do you need to know that he is trying to get down with you? Among the kissing styles, players sometimes use this style.

If he touches you sensually before he kisses you, he most likely wants to get down with you.

Players are great at stuff like this because they understand how physical touch can go a long way to make us feel things we often can’t control.

This is not to say genuine people cannot kiss you on the neck. Of course, they can. But you just have to be able to tell what is genuine from what is not.

Among the kissing styles, this is most common among spouses. Like forehead kisses, a kiss on the belly shows a high level of mutual respect.

It may also show a need for commitment. This is true if the guy who has just kissed you is not in a romantic relationship with you just yet.

A kiss on the belly from him may mean: “Hey, I like you very much. I cannot help but imagine what it would feel like if we were in a committed relationship.”

A kiss on your arm can be very weird for some ladies. But many times, guys just do it for the fun of it. It is one of those kisses that don’t necessarily hold any deeper meaning.

If a guy keeps kissing you on your arm, you can brush it off as nothing, especially if he does not flirt with you.

But if he does flirt, a shoulder kiss or an arm kiss may be his way of telling you how sexual he wants to get. (Related: 10 Signs That He Enjoyed the Kiss)

8. A French kiss with Closed Eyes

Most women will agree that guys do not always close their eyes during kissing. But when they do close their eyes, most of the time, these guys mean to establish an emotional bond.

A guy who closes his eyes during kisses is saying that he deeply loves you. He is also saying that he wants to savor every feeling kissing you gives him.

And you can be sure those feelings are a lot.

9. A French Kiss with Open Eyes

A French kiss with open eyes can mean he just wants to flirt with you.

He may just be kissing you because of what kissing does to you and how it leads you both to bed.

Related: 10 Signs the Kiss Meant Something to Him

Kisses on the cheek kissing styles are often causal and can mean he respects you so much.

A friend who often insists on kissing you on the cheek, no doubt, likes you. And I mean, really likes you. He is only seeking a means to have you notice his affection for you.

Bottom Line: Often, what happens during kissing is subconscious behavior. Kissing styles tells so much about him: more than you will want to admit.