13 Signs Your Man is Committed to You 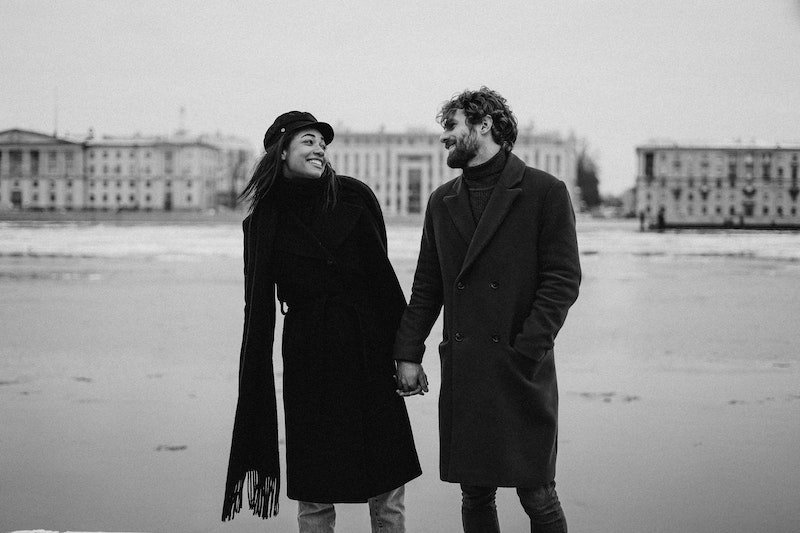 Getting into a relationship can already feel like a good thing, but often being in a relationship, it’s sometimes hard to judge how committed your man is. Many people tell us they don’t always know if their man is committed to them, even those relationships that result in marriage afterward.

So how can you tell if your man is committed to you?

Here are a few ways to know if he is serious about you and really committed to the relationship.

When a man is committed to you in the relationship, he is usually honest about everything. He does not hide things from you. He talks freely about how much you mean to him, about his plans with you, and so on.

If he does not speak openly to you; and always has his guard up around you, that’s a bad sign.

The chances are that he may not feel the same way you do about the relationship. It could also mean that he does not see a future with you, so he does not see the need to open up to you.

You can sit for hours on end talking about silly memories. From childhood memories, goals, likes; basically just opening up to each other on a deeper level. If a man is genuinely interested in these little things and remembers them, he is committed to you.

It is a good sign that shows just how much you mean to him and how he honestly loves to find out more about the woman he wants to be with in a relationship.

3. Your man Wants To Be Exclusive

Ladies, you know that he is serious about you when he tells you he wants you both to be exclusive as a couple. He makes sure to let you know that you are the only woman in his life. Also, he tries to ensure that no other man gets your attention or attempts to snatch you away from him.

If he doesn’t put a label on your relationship and leaves room for interpretation, your man is not committed to you. Imagine not knowing if there is someone else or if you’re even a couple.

4. He Keeps To His Promises

A man who is serious about you would keep to his word on anything that concerns you. He would not break a promise or cancel a special date on flimsy excuses. Even if he breaks his promise to you, he would feel bad and try to make it up to you no matter what.

But, when he breaks his promises all the time and doesn’t even attempt to make up for it, he doesn’t care about your feelings, and you should reevaluate your relationship with him. A committed guy would try his best not to disappoint you all the time.

5. Your Man Takes Your Opinions Into Consideration

He genuinely wants your opinion on matters concerning his work or personal stuff. He respects your point of view and honestly wants to know your take on things. He values how you think and feel.

If he doesn’t respect your opinions, makes random gestures (like rolling his eyes when you’re talking to him), he does not take you very seriously.

6. He Loves Spending Time With You

Whether it’s binge-watching movies on a lazy day or face timing each other during lunch breaks at work. A man who loves you and is serious about you wants to spend as much time as he can with you. He does not feel his day is complete without you in it because he just can’t get enough of you.

Being together is effortless. It’s so easy to be around a man who is serious about you. You do not have to watch how you act or what you say around him. You both can be as goofy as you want around each other.

Even if he may not be as goofy as you are, he still enjoys your playful nature. You may not even be all of that but, the point is, you do not subconsciously try to act around him because of how comfortable you are with him.

8. You Have Met His Friends And Family

You will know how serious he is about you when you’ve not only spent time with him alone, but you’ve also met his friends and family. When a man is serious about you, he wants you to know his close circle and get along with them. If you have met no one close to the man you’re dating, take a step back, and think.

Maybe he does not want you to meet them because he is not serious about your relationship. That or he has ill-intentions towards you.

9. He Wants To Share His Favourite Things With You

Trust me when I say this, a guy who likes a girl would want to share all his favorite things with her. It could be books, movies, games, activities, or even hobbies.

10. Your Man Shares His Future With You

When a guy talks about plans and includes you in all of them, you’ll know that he is committed to the relationship. You could also hear him talk about all the future things you could do together and see him working towards them. Things like; moving in and living together and even plans to settle down with you.

11. He Respects Your Boundaries

12. He Shows You Through His Actions

As the saying goes, “actions speak louder than words”. A man who takes you seriously would show it through his actions. A man would want to be exclusive with you if he is committed to the relationship.

That means he would cut ties with his exes, side chicks, and all those other flings he used to have and focus on you because he wants you to become the one and only woman in his life.

He might be nervous at first when meeting your family and friends because he wants them to like him. He knows he wants a serious relationship with you, so he wants to get along with the people in your life.

Your man will try to impress and have a good relationship with them to be comfortable enough to ask more about you as the relationship progresses. Or probably for help, in case he wants to throw a surprise party for you, eh? Being close to your friends and family could also come in handy when picking out gifts for you.

Violet Maxwell B. is a freelance writer. She has worked as a web content writer, copywriter, social media manager, project manager and as a digital marketer. Her dream is to explore the world and all its wonders before retiring to a peaceful and passive life.
Get our new updates!