Is Caffeine Bad or Good For You? 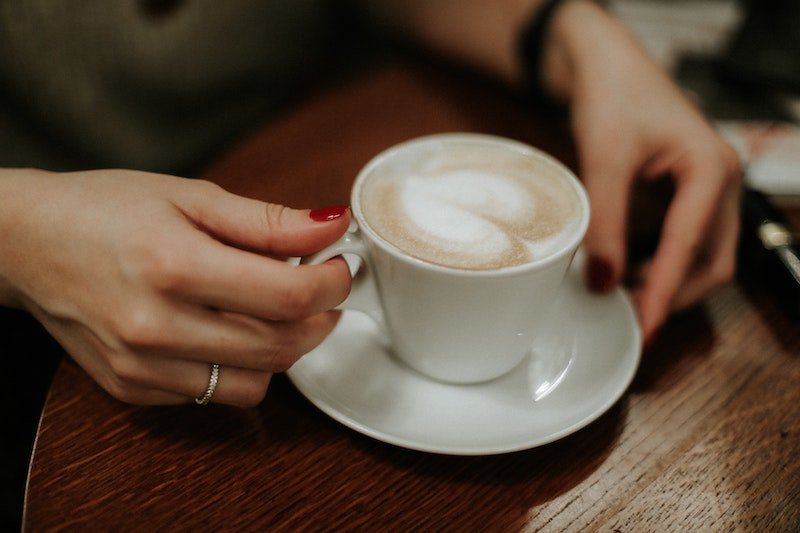 Simply put, caffeine is a natural stimulant and is consumed worldwide, usually as an ingredient in tea, coffee, and even soft drinks. It is found naturally in certain seeds, nuts, and leaves. These natural sources are harvested and processed, and the caffeine in them is extracted to produce the caffeinated beverages we drink.

Like other stimulants or psychoactive drugs, caffeine works to stimulate the nervous system and is known to prevent the early onset of tiredness (1). It explains why we usually feel alert just after taking a cup of coffee and also why we go through most of the morning excited and on the go after a caffeinated beverage.

How Does it Work?

Caffeine does what it does by tweaking the adenosine receptors in our brains just a little bit. This prevents the effects of adenosine, which leads to reduced tiredness. It also increases the adrenaline present in our blood and increases brain activity involving dopamine and norepinephrine, so we stay alert.

Caffeine exerts its effects rapidly. So, it could take only a few minutes after a cup of coffee to start feeling it in you.

How Much Caffeine is Enough?

It’s common knowledge that our bodies require just an optimal amount of nutrients and, sometimes, stimulants to function properly. Too much of a particular nutrient or stimulant could prove to deter normal bodily function, and caffeine is not an exception. So, how much caffeine is enough?

Well, to be on the safe side, from 0 – 400milligrams (mg) of caffeine a day is recommended (2) as this amount seems to be safe for most healthy adults. That’s about the amount of caffeine in four cups of brewed coffee or 8-10 cans of cola or two drinks.

Please also note that there are some exceptions to this. Some adults are more sensitive to caffeine than others. And less than 400 milligrams could still trigger some side effects in them. Think of it as a personal thing. Nonetheless, the suggested or recommended amount is from 0-400milligrams.

Caffeine is not recommended for children. Pregnant women should also limit themselves to as little as possible (3).

How Much Is Too Much?

On average, any amount of more than 400mg of caffeine per day is too much. At least for most of the population. Although, like stated earlier, it might not be too much for a certain good number of people. But, little is best.

Side Effects Of Too Much Caffeine

Too much of it circulating in the body is considered a caffeine overdose. This could present a number of symptoms. Some of which include (4):

The above are mild and somewhat acute symptoms of caffeine overdose and can be overlooked or may even go unnoticed. But there are more severe ones, which include:

If you experience any of these after ingesting a large amount of caffeine, you might want to seek medical attention.

Other effects of caffeine include:

High daily intakes of 1,000 mg or more per day have been observed to cause nervousness, jitteriness, and other similar symptoms in most people. (5).

Although many do not believe that caffeine is a classic addictive drug, as is cocaine and its likes, it has been observed to trigger some form of addiction in long-term consumers of the stimulant. They always want a cup, and then another, and soon, they can’t go a day or two without coffee. (6)

In coffee addicts, going without caffeine for several hours on end may present psychological or physical withdrawal symptoms.

Since caffeine keeps one alert, it’s only normal that it is capable of preventing sleep. Studies have shown that intake of it over a long period of time increases the time one takes to fall asleep. (11). Caffeine addicts would have a harder time falling asleep.

Coffees are known to have a laxative effect. This effect of the stimulant has been attributed to its ability to stimulate the release of gastrin from the stomach, a hormone that speeds up activity in the colon. (8).

In itself, caffeine might stimulate bowel movements by increasing the contractions that move food through your digestive tract—Peristalsis. This is why certain people pass loose stools or even show signs of diarrhea in some people after a large intake of caffeine.

According to some studies, caffeinated beverages may worsen gastroesophageal reflux disease (GERD) in some people. (9).

Does caffeine increase blood pressure? Well. That’s a complicated question to answer. It isn’t exactly a polar question and can’t be given a direct ‘Yes,’ or a direct ‘No’ as the answer.

On average, caffeine doesn’t seem to increase the risk of heart disease or stroke in most people. However, it has been known to raise blood pressure. This is due to its stimulatory effect on the nervous system. (10).

It’s common knowledge that blood pressure above normal is a risk factor for heart attack and stroke; it may damage blood vessels over time, restricting the flow of blood to your heart and brain.

The effect caffeine has on blood pressure seems to be short-term. And it also seems to have the strongest impact on people who aren’t used to consuming it.

Even though caffeine increases alertness, it can also have the opposite effect by leading to ‘rebound’ fatigue after the caffeine leaves your system, just as alcohol leaves one sadder than he was before intake after its effects have worn off.

If you continue to take lots of it throughout the day, you can avoid the rebound effect. This is possible because by pumping and pumping, you keep your body’s caffeine levels steady. This may affect your ability to sleep.

To avoid rebound fatigue that accompanies caffeine intake, consume moderate amounts of the stimulant rather than high doses.

Is Coffee Good For The Skin?

Even though widely used as a beverage, coffee does have amazing benefits to the skin. Its effects on the skin are due to its antioxidants, including phenols, that help fight free radicals that can lead to skin damage.

How Can Caffeine Improve the Skin?

Caffeine is known to have anti-inflammatory effects. (13). These effects are due to the chlorogenic acids, as well as melanoidins present in coffee. Chlorogenic acids are believed to combat hyperpigmentation.

On its own, coffee does not cause weight gain. It might even cause weight loss, seeing that it keeps one awake and active. Activity causes our bodies to use up more calories. So, when active, we might not exactly gain weight.

But, being that coffee has a bitter taste, it usually is not taken on its own. Most consumers take coffee with sugar and milk, both of which are high-calorie products. It is these products ( milk and sugar ) that preset a risk of weight gain.

A lot of sugar intake would present weight gain, especially in consumers who do not use up a lot of calories.

You can also prevent weight gain by limiting the amount of sugar and milk in your coffee drinks.

Photo by Daria Gordova on Unsplash 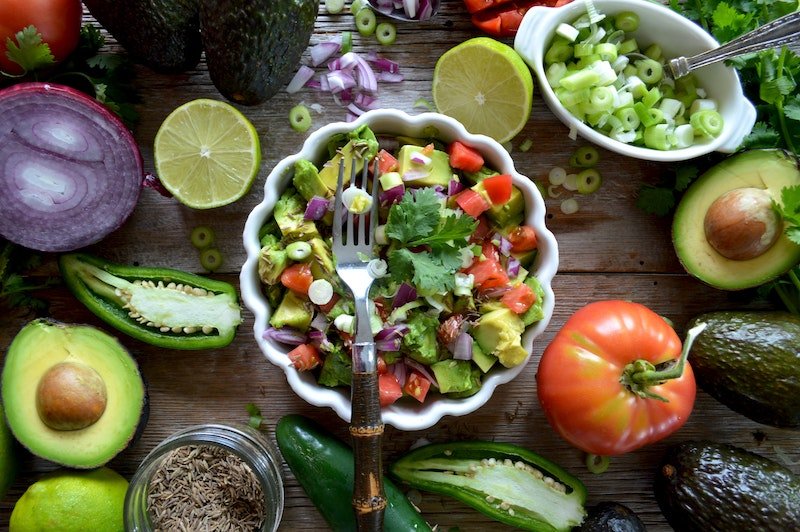 Keto Diet: What to Eat and What Not to Eat on Ketogenic Diet

A serving of a keto diet will contain much more fats than carbohydrates when compared to a 'normal' meal.   Eating keto diets aims to reduce how many carbohydrates we consume while increasing the amount of fat we consume.  Carbohydrates and their derivatives are the... 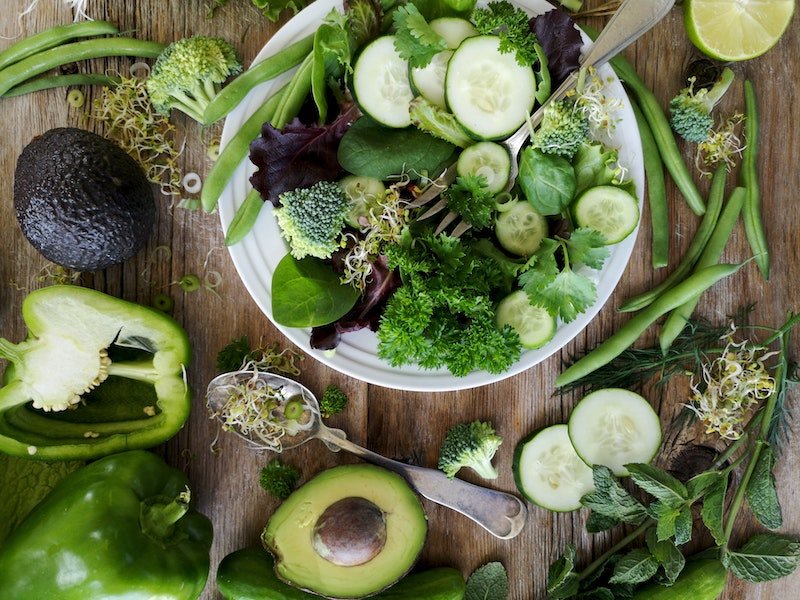 Local food can be considered foods that are produced not so far away from where it would be consumed. It is considered fresh, non-synthetic, and healthy, containing nutrients in its natural form. Eating local food sure has its benefits. They are a vital source of many... 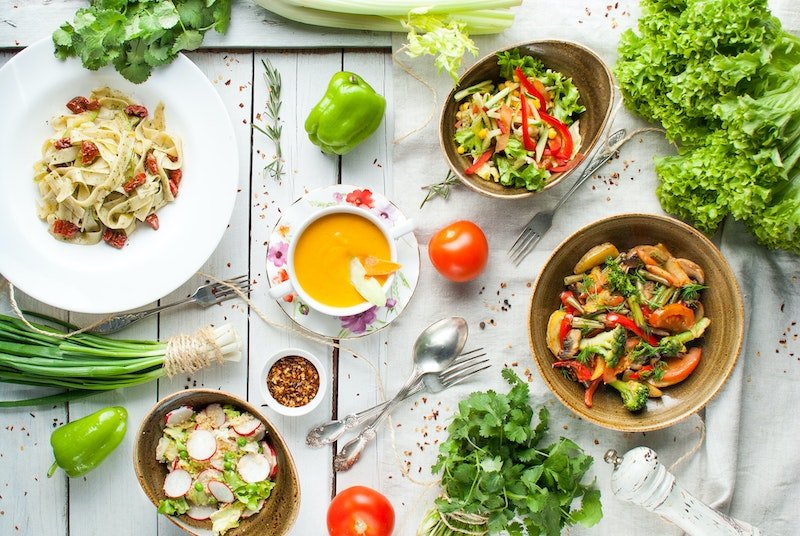 Most people don't eat before going to bed because it affects their gut. But, sometimes, you can't help it because you're so hungry. Your stomach is on fire, and you can't even sleep. There are certain foods you can eat at night that won't affect your stomach. These... 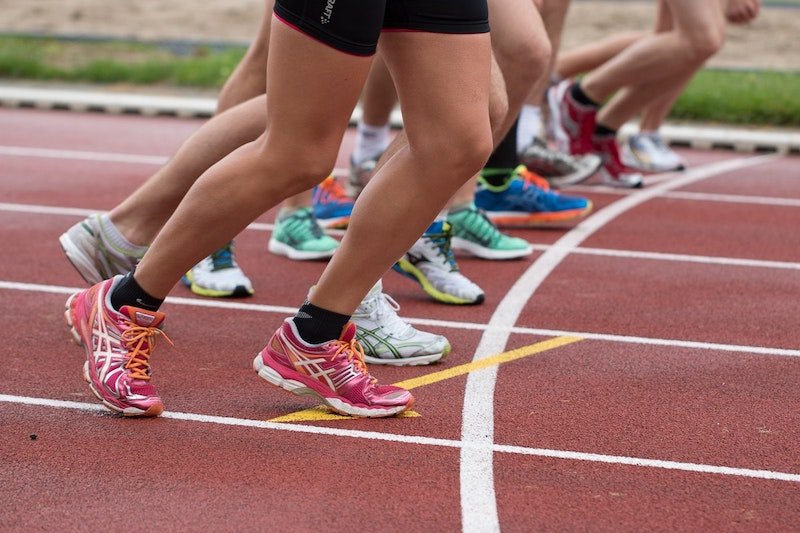 The 12 Foods All Athletes Must Avoid No Matter What

Athletes need nutrients and plenty of energy to perform. They need to do all they can to be able to compete. Food is the best source of energy and nutrients for everyone. As an athlete, there are certain foods you must avoid because they can damage your body. Alcohol,...