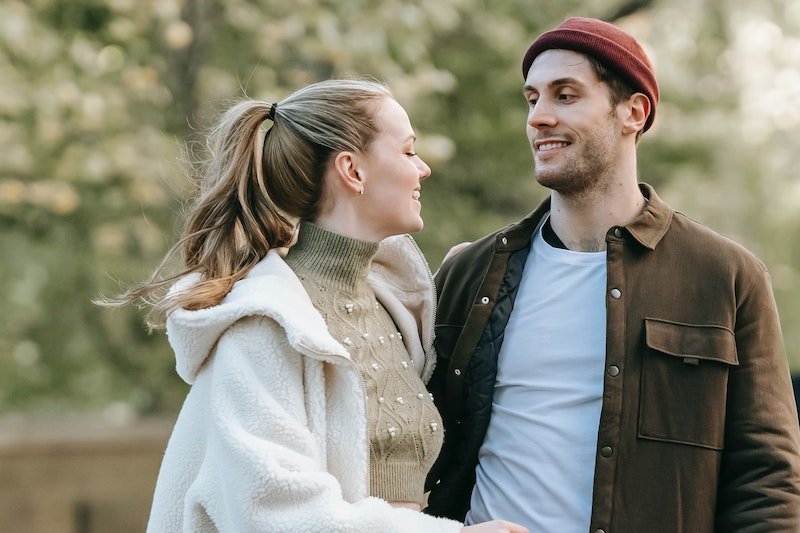 Women drive men crazy all the time. You, too, can become irresistible to men who come around you, attracting just the right men into your space. Decoding men’s behavior is difficult, so knowing what men find irresistible in a woman and what drives them crazy helps demystify the process a bit. In this article, we get into a man’s mind and show you things that drive men crazy. They include your feminine confidence and energy, respect, humor, vulnerability, and attention to detail.

While no two men are the same, here are 10 of the irresistible things that experts say drive men crazy.

Confidence does not belong only to the masculine. The feminine has to be confident as well, and all the time, if it is to be irresistible.

When men look at you, they have to be able to see a woman who cares completely for herself—care so much that her self-esteem shows in how she carries herself. How she walks, how she attends to duties.

This is how you drive them crazy: use your feminity to your advantage.

A poem, Phenomenal Woman, by Maya Angelou reads: “I walk into a room. Just as cool as you please. And to a man. The fellow stands or falls to his knees.”

Just like caring for yourself, men also find women who respect themselves and have a sense of self-worth irresistible. Respect for others often translates to a deep respect for oneself, and men can sniff this out.

Do not think that men do not watch women whom they are interested in. They do. Long minutes before any man walks toward you, most of the time, he has spent some time looking at you.

A man who comes at a woman will often poke at her boundaries just to be sure they are strong enough. It is what I describe as a ‘masculine’ test. If she collapses the boundaries too easily, he concludes that she is not worth the effort after all.

But if she does not, if she shows him, she will only collapse her boundaries when her terms have been met; he is irresistibly drawn to her. An irony, isn’t it? Well, it is what it is.

Too many women like to please everyone but themselves. They believe that if they act in a certain way, they will be liked, and so they make alterations to their behavior just so they can be admired.

Often, this does not work. And when it does, it is usually quite exhausting to keep up the act.

Men are irresistibly drawn to and crazy about women who don’t put up acts. Women who are unapologetically themselves.

If a man meets a woman who is fine with talking about her deepest beliefs, even if it means her getting scolded for it, he is immediately drawn to her.

The feminine is often described as ‘energetic’ and sometimes even ‘child-like.’ In a way, this is true, and it is surely irresistible to quite a number of men.

Most men will agree to want to sit there and listen to a woman they are interested in speak passionately about what she believes in. They want to see her so invested in being a woman.

Men like it when women laugh. That outburst of positive energy does drive them crazy.

Women with better styles will always have the upper hand and will drive most men crazy. This is because men are more visual than women and often indicate interest in whatever pulls them by their visual senses.

If you want to become irresistible to men, pay attention to your style. You don’t have to own all the clothes in the world. Just own as many as you love, and rock them very confidently.

Pay attention to your hair. Wear good cologne. Feminine perfumes can also bring out your feminity.

Everyone loves a good sense of humor. Who wouldn’t?? Humor looks good on people and adds the necessary fun to just about any conversation.

Men will find you irresistible when you have a good sense of humor. First, you will come off as quite smart. If you can sniff out his sarcasm, he will be drawn to you. But if he has to explain every joke he tells, then he will avoid you.

A good sense of humor also means he will laugh a lot around you. A man that laughs? Ah! A man who will most definitely go crazy about you.

We live in a time where too many people have locked themselves out. They build walls to shut everyone out. This should not be you around a man you believe is trustworthy.

Vulnerability is, I will say, an attribute of the feminine. The feminine runs into the safety of the masculine. So, when you are vulnerable to a man who likes you, you wake his hero instinct.

This is sure going to drive him crazy. He will make mental notes to be there for you whenever you need him and might even get to open up to you as well.

It is easier to open up to someone who has opened up to us.

Men love women who pay attention to details about them and find it irresistible. If, for example, you can point out details as little as the new watch he is putting on or any other thing people may not notice, then he will immediately realize that you care about him.

He will embrace this realization with a smile and become much more drawn to you.

Everyone loves gifts, and men are not exempted. In fact, they are crazy about gifts. It makes them feel appreciated. And a man who feels appreciated by a woman will be irresistibly drawn to her.

Appreciate your man as often as you can with gifts. Tell him he has been such a great person to you. Use hero instinct phrases if you have one.

Check out this article to find out when and how to use hero instinct phrases.

Whatsdalatest Tip: Men find appreciation irresistible. They want to be able to be truly masculine in the face of feminity.

How to Test a Guy to Keep Him Interested

So, you like him. And from the look of things, he just might like you too. But you are unsure of one thing: is he single, is he not? A part of you thinks he is because of how open he is to flirting with you. The other part thinks otherwise. What, then, do you believe?...