You are more likely to get a woman who shows initial interest in you than one who does not. This is why you should try to go after women who, through suggestive and feminine behavior, tell you they want you to make a move on them.

Such women will cooperate with you; they will make things easier, and you will find that going after them doesn’t wear you out or make you sick.

Think it’s time to make a move on your crush? Here’s how to tell she wants you to make that move:

Women can be subtle. Very subtle. Seldom do they ever come out plain, either verbally or physically. If a woman wants to eat a pie, for example, she most likely isn’t going to say that she wants to eat a pie. Rather, she will tell you a suggestive story.

She may talk about her childhood, how she used to eat her grandma’s pies and how great they tasted, and might end the conversation with: ‘I saw a pie stand down the road.’

This suggestive behavior is a welcoming one. She is ushering you into her world, pulling you to make that move on her.

When she winks at you too often, spreading her face in a smile when both your eyes meet, realize that she is most probably flirting with you. Take this as a green light, and begin to plot your moves on how you’ll make a move on her.

2. You Catch Her Staring

Let’s say you are in class, or the mall, or just sitting out with other friends. You will find that whenever you turn, her eyes are there, soft on you, full of admiration.

She will look at you as though, pardon the incoming exaggeration, you fell from the sky on a rainy night and went on to ride the wind. When your eyes lock, she will quickly take hers away, and you may find her blushing, giggling.

Don’t think she is just doing these things. She isn’t. She likes you. She wants you to make a move. In her mind, something throbs, waiting for you just to come to tell her that you feel the same way she feels about you.

3. She Stops By to Say Hello For No Reason

You are at your seat. Then, for no reason at all, she comes to say Hi. The Hi is short, punctuated by silence, and then a giggle, and then she leaves. Two minutes after, she is back at your seat, and it is the very Hi again. She giggles. Over and over.

This might seem annoying to you at first, especially if you’re a shy person who dislikes awkwardness and does not want to be the center of attention for onlookers.

4. She Strikes a Conversation

“Uhmmmm. Hmmm. It’s a clear sky today.” You know those awkward conversations that make people giggle? Expect a lot of those when a girl likes you and wants you to make a move on her.

Whenever she spots you alone, your friends gone, she will come around and begin to initiate these conversations with you.

Be welcoming to her. Laugh when things get weird, and tease her. Not too much, but trade her. Watch her blush. Do it for the fun of it.

5. She Double Texts and Keeps the Texts Long and Concise

Hey, are you busy? How many times has she sent you that when your replies became slower? Many times? Then have no doubts. She likes you.

Her texts are going to be long and very concise. Like a storyteller, she will give you details of how her day went—even the littlest detail.

When she does these things, she is suggesting that you make a move on her.

6. She Calls Late at Night

One of the many ways a woman can show interest in you is by calling you late at night. When she does this, she is subtly saying that she misses you and wants you to be the last person whose voice she wants to hear.

Over the phone, she might compliment the texture of your voice. “Hey, your voice sounds so deep.”

Consider this a green flag. When a woman compliments a masculine feature of a man, she is greatly attracted to it. The feminine is attracted to the masculine.

A woman who likes you will most probably suggest a date for both of you. Whilst she might not do so directly, she will suggest one. “Hey, I found this spot down the street. It’s really beautiful, and I know we’ll love it there.”

When she does this, you had better smile and consider this an invitation to make a move on her.

At their core, women want to be with a man they consider attractive. So, intuitively, she will pair herself with him even before the actual pairing happens.

She will use the word ‘We’ a lot in your conversations, pointing you to consider the possibility that you both will become something.

9. She Talks About Her Past Relationships

Women are usually secretive about their past relationships, especially ones that really hurt them. They only open up to safe people, who they most times want to be with.

When she talks about her past relationship, saying your friendship with her is nothing like it, suggesting that your friendship is much better, you should consider making a move on her.

When a woman compliments you, she is only pointing out the things she loves about you. So, look out for what she compliments. Your personality? Your looks?

If she compliments these things, you have got to make a move on her. She likes you.

11. She Teases You About Your Being Single

“It was cold last night. How do single people like you, like us, survive the cold?” When a woman says stuff like this, she is doing two things:

Have no doubts; she likes you. Make that move on her.

12. She Comes Through for You

If she is this way with you, then she most probably wants you to make a move on her.

13. She Wants You to See Her Wardrobe

If your girl sends you a couple of pictures every morning and asks that you pick the dress you would like for her to put on, you should know that she likes you.

She most probably wants you to make a move on her, and so please do it.

14. She Lets You Know Her Deepest complaints

A woman who likes you will have little issues being vulnerable with you. When she feels sad or lonely, she will let you know about it and might be very expressive.

If she is crying, for example, she will lean in for a hug and might place her face on your chest. She will maintain this position for long. Make a move on her.

Definitely not when she’s being vulnerable, anyway. That’ll be taking advantage of her feelings. Wait for the right time, and then make that move.

15. Her Body Language is Quite Suggestive

A woman who wants you to make a move will be suggestive with her body language. Naturally, people tend to touch the things they love.

If a woman is beginning to love you, you will also find her touching you a lot. She will move in to stand by you or grip your arm. She will make a habit of this. You should know it is time to make a move on her.

Photo by Scott Broome on Unsplash 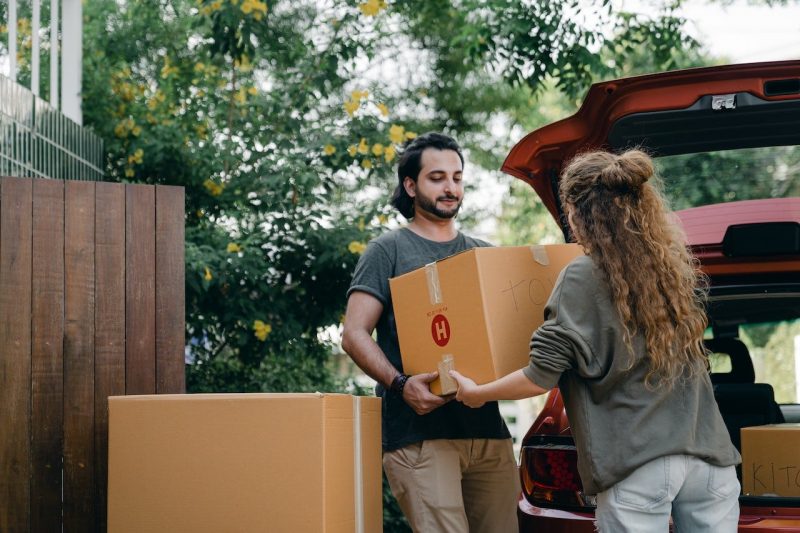 10 Tips For Developing Relationships With Neighbors

Developing good relationships with neighbors without appearing awkward may be challenging, and because of this, it seems a lot easier to avoid contact and isolate ourselves.  Your neighbors are a part of your life, whether you like it or not. You share the same... 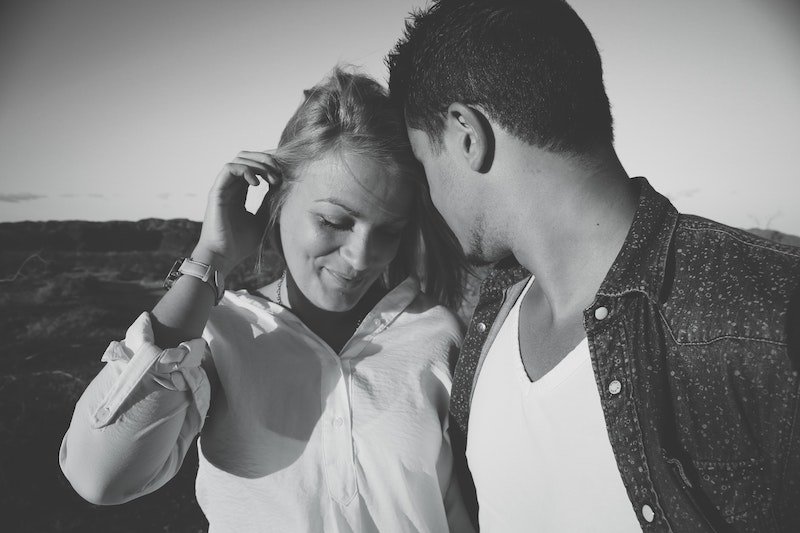 What indications show whether someone is in love with you? The primary factor is the person's body language. If they pay attention while you speak, demonstrate a genuine interest in you, being willing to converse with you, you may be able to discern if they're in love... 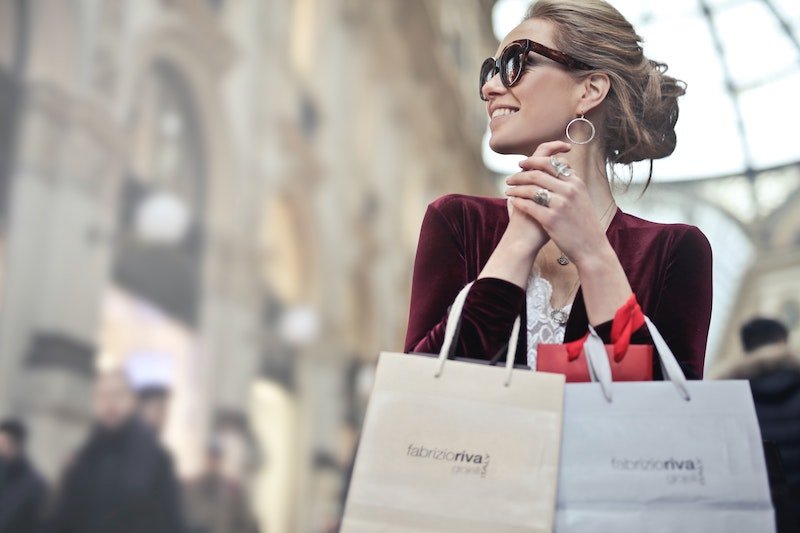 Wondering if she's a gold digger? You're not alone. Women can be hard to read, so figuring out if she is a gold digger or genuinely into you can be incredibly confusing. Happily, for those in the know, there are some common signs to help you spot them. You should know... 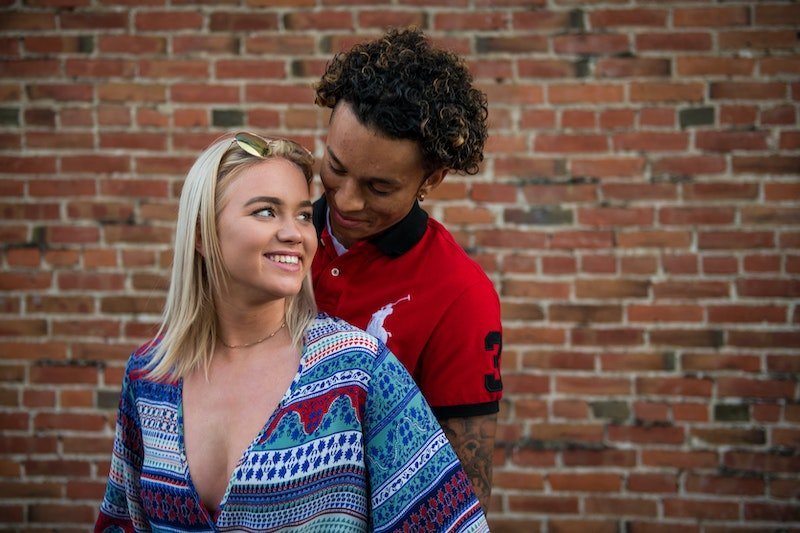 Knowing if a girl is interested in you is an integral part of succeeding in getting her to date you. One thing keeps most of these guys from going after their crushes. It's a tiny thing that makes one's heart skip beats and is called rejection. The fear of rejection...