Eating vegetables and herbs may not come across as much fun, but I tell you what: veggies and herbs are a necessity in your diet and supplement intake, as they contain vitamins and antioxidants, and other micronutrients to keep your body healthy. In this article, I will be filling you in on the herbs and veggies you must have to maintain your good health. I’d be including supplements to try out, too.

Here are ten herbs and veggies you should be eating to keep your body healthy.

Red clover is a legume belonging to the same family as beans and peas. Even though a wild plant, it is edible.

Thanks to its isoflavone content, it has long been applied traditionally in the management of diseases like asthma, whooping cough, etc.

Red clover can be used to improve bone health in women who have reached menopause.

Though there is little scientific evidence to support this, the practice has yielded some outstanding results.

A study conducted in 2015 found that women who took up to 150ML of red clover extracts every day for a period of three months did not lose much bone density in the lumbar spine and neck area.

Another series of studies agree that taking red clover can improve bone density.

Red clover is great for women who are nearing menopause. It also has the effect of reducing hot flashes that are so common during menopause.

Getting red clover can be an issue sometimes because it is not common to find, and products that contain them may contain too little. To get just enough red clover, I suggest you get EdenBoost AlphaCleanse.

It is a supplement made from organic herbs, and it does contain red clover.

Carrots are a common root vegetable; they come in different sizes and are very healthy. Full carrot contains Vitamin A as well as a large amount of carotene.

Carotene is a powerful antioxidant from which carrot gets its color. This antioxidant has an effect on fighting cancer and other chronic illnesses.

Taking carrots often can have an effect on lowering the risk of coming down with lung cancer.

You can eat your carrots as often as you want and can even get creative enough to make carrot juice.

Read: How to Deal with Seasonal Allergies

Spinach contains almost everything from vitamin C to Vitamin K and then Vitamin A.

Vitamin C is great for the circulatory system, and a deficiency in this vitamin causes a condition called scurvy.

Vitamin A is great for eyesight. Without enough of it, we would develop night blindness.

Vitamin K is one of the body’s clotting factors and helps your body clot to close up wounds.

So, you can see that a meal of spinach helps your circulatory system, eyes, and clotting system.

Spinach also contains a strikingly rich content of antioxidants. Beta carotene and lutein, both powerful antioxidants present in spinach, have been shown to have an effect on reducing the risk of cancer.

Ginger is one of those root spices you just have to include in your diet if you want to get the best out of your gut health.

This root spice, when added to food, can suppress nausea. It also has the effect of reducing feelings of fullness associated with bloating and gas.

You can take ginger in a number of recipes. There are teas available as supplements containing ginger.

Speaking of gut health, one good supplement you can take advantage of is Alphacleanse. This supplement contains basically every nutrient needed to maintain a healthy gut.

Broccoli is another vegetable to add to your diet plan as you work to stay healthy. Broccoli contains glucosinolate, a compound that is believed to have an effect on preventing cancer.

The vegetable also has an effect on preventing chronic inflammation—this type of inflammation is associated with chronic diseases like cancer, hypertension, etc.

Potassium is one of the most important nutrients in the body. It functions in almost all the body’s physiological mechanisms—it helps in the transmission of impulses and has an effect on blood pressure.

The manganese in broccoli has a good effect on growing the connective tissues (which include the bones). It also has a role in blood clotting and helps in the production of sex hormones.

Take broccoli as often as you want—get creative with it, including in a number of recipes.

Mullein leaf is herbal medicine and has been in use for quite a while. It can be taken as a supplement or pressed into oil which aids with conditions like eczema.

Lots of supplements contain this leaf.

It is also a kind of expectorant. What this means is that mullein leaf can help your cough be more productive, yielding mucus, etc.

At some point in older medicine, around the 18th century, Mullein Leaf was indicated in the treatment of tuberculosis. It helped the patients cough out more mucus.

It is not news that garlic is a very nutritious plant belonging to the same family as onions. For such a long time, it has been used as herbs and in traditional medicine to maintain health.

This practice can be attributed to its high content of allicin. Allicin is a powerful compound that has an effect on maintaining a healthy range of blood sugar while also ensuring the heart stays healthy.

Taking garlic supplements has been seen to have an effect on reducing insulin resistance. Insulin resistance is a condition where the receptors which identify and activate insulin actions are no longer sensitive. This resistance usually results in Type II diabetes.

This, therefore, strengthens the belief that garlic has an effect on preventing and managing diabetes.

Garlic also has an effect on lowering the level of bad cholesterol in the body. This means improved heart health.

Spirulina is one of the most common supplements right now. And this is due to its rich antioxidant content—antioxidants have a powerful effect on general health. They can help fight chronic inflammation and mop out free radicals known to damage cellular structure and cause cancers.

The supplement is derived from blue-green algae, which grows in water bodies—both fresh and salty water.

Spirulina contains protein, Vitamin B, Vitamin B12, Copper, etc. It contains magnesium and potassium, too, two nutrients that function in basically every system of the body.

Spirulina has the effect of reducing cholesterol concentrations in the body. A particular kind of cholesterol, Low-Density-Lipoprotein, is known to be harmful to the heart and circulatory system, as it can plague the walls of blood vessels, leading to circulatory issues.

Spirulina nutrients can reduce this cholesterol by up to ten percent.

It may also have an effect on aiding symptoms of allergic rhinitis, such as a clogged nose and frequent sneezing.

Alphacleanse, one quite rich supplement, contains just the amount of spirulina you need to maintain good health. The supplement is just great for your digestive health and can improve your liver and colon function.

Nettle leaf is also called stinging nettle and is a plant applied a lot in traditional and herbal medicine.

In ancient Egypt, this plant was used to relieve symptoms of arthritis. The leaves of this plant can be processed into supplements that offer the same effects as the plant itself.

Nettle leaf contains Vitamins A, C, and K. The power vitamins that we just can’t function without. It also contains a rich amount of fats and amino acids, and polyphenols.

The polyphenols and pigments in nettle leaf can function as antioxidants, taking out harmful free radicals from our systems. Harmful radicals can cause us to age faster than normal; they can also heighten the risk of coming down with cancers.

The compounds in Nettle leaf also have an impact on reducing chronic inflammation—which is often linked to heart disease, hypertension, and other chronic illnesses.

You really should have Nettle leaf if you think you may be at risk of heart disease.

Peas contain a lot of starch. So, you have to be careful with this one if you have blood sugar problems.

Pea is rich in protein, vitamins A and C, and K. It contains Niacin and folate.

Peas have an impact on gut health because they contain fiber. Fiber is helpful for the normal functioning of the bacteria in your gut—without it, you may have problems with passing stools. 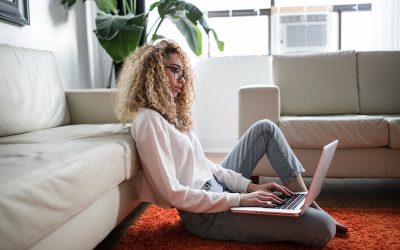 by Allison E. | Diet and Nutrition

The top healthy eating blogs in the world offer amazing diet and nutrition tips. The best among them tend to be excellent writers, offering practical advice on healthy eating and inspiring their readers to get excited about exploring new foods and recipes. We know:... 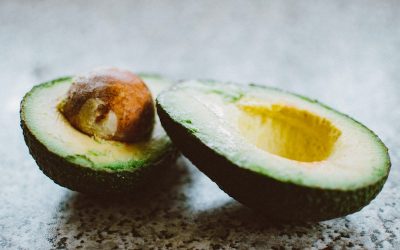 Avocados are incredibly delicious and healthy. There are quite a lot of health benefits you can get from eating Avocados. Avocados are stone fruit with a creamy texture that grows in warm climates. The pear-shaped fruits are common in tropical evergreen trees. They... 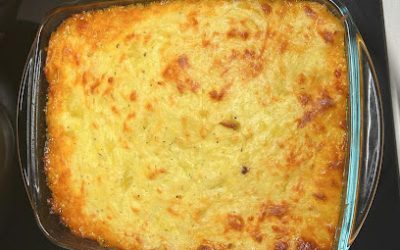 by Munodiwa | Diet and Nutrition

Do you know that meal that feels like it’s hugging you from the inside? Now, this is it—cottage pie. I did add some non-traditional ingredients, aka vegetables, in the cottage pie recipe because I always feel guilty when I eat a meal without some.  The flavours... 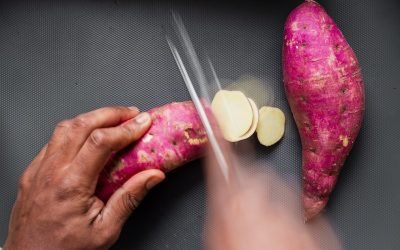 Potatoes are incredibly rich in nutrients. A staple of the Inca Empire in the 15th and 16th centuries, these starchy tubers have been touted for their health benefits for centuries dating back from 8,000 BC to 5,000 B.C. Sweet potato is a vegetable root plant that... 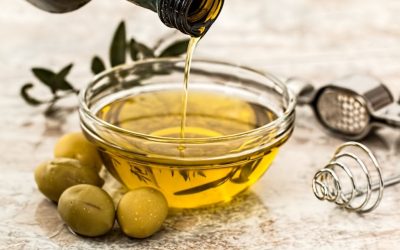 10 Health Benefits of Olive Oil You Never Knew About

Olive oil is the natural oil that comes from the fruit of the olive tree. The oil provides a variety of significant health benefits. For centuries, royalties, societies, and civilizations have used it in ceremonial activities. Some have also used it for medicine and... 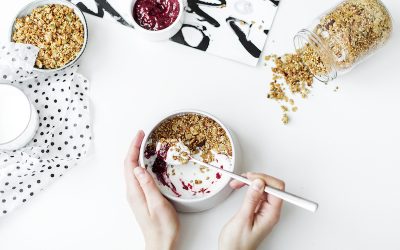 14 Ways To Lose Excess Weight And Keep It Off

It can be tough to stay on track with your wellness goals. Some resort to quick fixes to lose excess weight and keep it off, like skipping meals or taking weight-loss pills. These strategies usually prove futile and are sometimes even dangerous. You may have heard...