10 Signs the Kiss Meant Something to Him 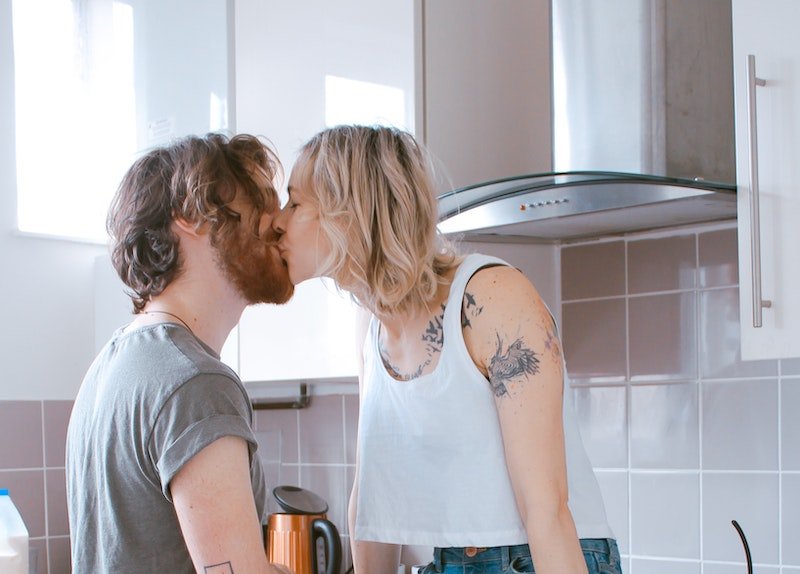 Kisses can be awkward sometimes—first kisses especially. It is difficult to tell if the kiss meant something to a guy. Ask your friends, and at least one will have a story to tell about a kiss that left them unsure, uncertain.

First kisses usually go this way: you lean into him and put your lips on his. The kiss begins, but an awkwardness soon creeps in. If it is a guy you really like and want to keep, this can have you wondering if the kiss actually meant something to him.

Even if the awkwardness doesn’t come, though, if the kiss goes pretty well, you will still wonder. You will try to know if he liked the kiss. If he backed away, you would want to know why.

Overthinking might even haul you to a point where you start considering the possibility that your breath stank. Relax. It did not. Chances are, your fears are false, and the kiss really meant something to him.

Check out these 10 signs that show the kiss meant something to him:

Let’s imagine that it’s a game of truth or dare at your house this evening. You are dared to kiss this guy your friend came along with, a cute dark guy with pink lips, who has made you imagine things since he sat opposite you. You take the dare with open arms and lean forward to kiss him, hoping that you will somehow be able to enchant him, to make him like you.

Well, that is not a difficult question to answer. Guys, you see, might be good at hiding stuff, but they can’t hide who means a lot to them for long.

If he likes you, he is going to show it in many ways. He is always going to be around you a lot and will make a habit of listening to you.

He is also going to give you cues with his body language. I am guessing the guy you are asking about isn’t a stranger or just some guy you met on Tinder days ago. If yes, then you are in the clear.

Related: 10 Signs That He Enjoyed the Kiss

2. There Was an Amazing Build Up

Kisses don’t just happen. Save a few exceptions; there is usually a build-up, a moment where intense emotions cackle in the air, giving way to the kiss. The generic build-up we see in movies is two people conversing, and then one of them goes silent, moving her face closer and closer until the kiss happens.

Your own build-up may have been different, though, but this does not make it any less significant. If you really want to know if the kiss means something to a guy, think about what ushered the kiss. How intense it was the aura around you both. What were you both talking about?

When you moved to kiss him, did you notice him move towards you too? If he did move, know that he too wanted the kiss. Sometimes, guys may want something but refuse to go after it. That is to say, they want the girl to make the first move.

If he wanted it, then know that the kiss meant something more. Oh, believe me, it did.

3. There Wasn’t a Build-Up, But He Kissed Back

Sometimes, in rare cases, a kiss does not have a build-up. This depends on how bold the person who initiates the kiss is. Many women are courageous. They wake up one morning and decide that they have had enough, that they won’t wait anymore.

They spot the guy they want to kiss, then advance towards him only to plant a kiss on his lips. If the kiss meant something to him, even though he flinched at first, he kissed back.

He kissed back because he most likely had wanted you to kiss him for a while. When people have wanted something pretty much, they treasure it pretty much when it gets into their hands.

Related: 10 Signs He Loves You by His Kiss

Have you ever had a “just there” kiss? Then you would agree that it meant nothing to you. A kiss that meant something to him would have been intense. Either too slow. Or too fast.

The kind where there is enough time for lips, nothing on your mind when the kiss is going. Nothing but the kiss itself. An intense kiss will have both your hearts beating faster. There may be some fidgeting as adrenaline does its work in both your bodies.

Have you ever seen a movie on TV, and the movie had to be paused for a commercial? What did that do to you? My guess is that it made you feel an intense yearning for the movie to resume again.

When you kissed him, were there pauses? If you are a good kisser and did your job pretty well, then I am guessing yes, there were.

How did he react to the pauses and breaks? Well, if the kiss meant something real, his reaction would be to pull you back into the kiss. On the other hand, if the kiss did not, you would notice hesitation during the pauses, as if he had just caught himself doing something wrong. As if he was considering not kissing you again.

Kissing usually goes hand in hand with touching and caressing. If you are seeking to know if the kiss means anything to him, think about where his hands were when you kissed him.

If it meant something to him, his hands would have been flying across your body. He would have groped your breasts, fondled your nipples, and touched your backside.

When a guy’s hands are also a big part of the kiss, it means he is feeling it very much. He won’t feel what does not mean something to him, would he?

Related: What Does It Mean When He Kisses You A Lot

7. His Eyes Were Closed During the Kiss

Many times, when we want to focus, we close our eyes. This is because when we shut one sense organ out, the others become more sensitive. If a guy closes his eyes when he kisses you, you should know that he is only trying to get in the mood. To focus. To sustain the intensity. To use his imagination more.

If he closed his eyes, chances are, he imagined what could happen next between you both. The kiss definitely meant something to him. You can count on that.

8. He Reached Out Soon After the Kiss

No, I don’t mean the “What was that for?” kind of reach out. If a guy reaches out to you that way shortly after a kiss, then you should know, even without the help of a soothsayer, that it meant nothing to him. If anything, it infuriated him.

If the kiss means a lot to him, he will reach out to you in a softer way—a much gentler way. He may not directly say that the kiss was good. In fact, many guys like to act like the kiss never happened.

He may text you just a casual: “Hey” or would just send you a number of emojis. He may ask if you got home safely. If he ghosts you or begins to avoid you, then you just might have been unlucky.

If the kiss meant something to him, he would respond to it emotionally. You see, there is this thing about physical contact, especially physical contact as intense as kissing, is that the body reacts to them by releasing hormones.

One of the hormones is called Oxytocin. It is released by a small gland in the head called the pituitary gland and is responsible for feelings of affection. It has been termed the love hormone.

Oxytocin is what is going to make him start thinking about you more. You will find that you seem to get a lot more of his attention now. He calls. He texts. He asks how you are doing and maybe even sets updates with you.

10. He Asks for Another Kiss

When the first experience is good and means a lot to us, we usually start to fish for the second. If the first kiss meant something to that guy, it’s best to believe it will not be the last kiss.

He will come for another. Sometimes, he might ask. But if he does not, he will try to put you in a situation where you will most probably want to kiss him again.

Photo by Toa Heftiba on Unsplash 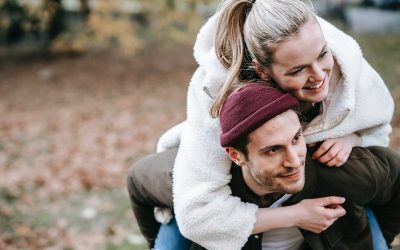 How to Test a Guy to Keep Him Interested

So, you like him. And from the look of things, he just might like you too. But you are unsure of one thing: is he single, is he not? A part of you thinks he is because of how open he is to flirting with you. The other part thinks otherwise. What, then, do you believe?...